Because of you, Vicki found a reason for living.

“I was a drug addict and alcoholic for 38 years straight until I went through the Life Recovery Program at Nashville Rescue Mission.”

Vicki had a great childhood. Raised in a small town, her mom and stepfather took Vicki and her siblings to church regularly. Her parents worked, and neither of them drank or did drugs. Nonetheless, Vicki found herself on the wrong path at a young age and never could seem to turn it around. She only got better at hiding it.

“I was a good student and graduated high school early,” shared Vicki. “I was a cheerleader, played sports, took gymnastics, and was in the band. But peer pressure was real, and I struggled with it.”

For Vicki, that meant smoking, drinking, and experimenting with marijuana. Instead of going to college as she had planned, she married right out of school and studied business at a state technical school. In her words, the marriage was a “complete disaster,” and she wished she’d gone to college.

“I got a good job at a bank and was a bank executive for 15 years … all the while using drugs and alcohol,” shared Vicki. “I was able to conduct my professional life with no one outside of my circle knowing.”

But as her addiction grew and became more expensive, she couldn’t keep up, so she started embezzling money to the tune of 100’s of thousands of dollars. “I felt so bad about what my life had become because my parents didn’t raise me that way.”

Vicki quit her job, thinking if she couldn’t afford the drugs, she would stop using them. Instead, she turned to stealing anything her dealers wanted in exchange for drugs. She found herself in and out of jail.

“I was a true embarrassment to my family and myself. At one point, I attempted suicide. I was afraid of going to hell, but I prayed for forgiveness and wrote letters to people telling them I loved them and how sorry I was.” Vicki was close to death when her family found her.

“You would think I would have changed my life after that,” said Vicki. “But I made the mistake of not changing my people, places, and things. You cannot recover if you do not make these changes.”

Over the years, her addiction escalated from marijuana and alcohol to speed, cocaine, crack, and eventually opiates, where she was using a needle daily.

At her lowest point, Vicki prayed. She prayed for the Lord to help her because she couldn’t get well on her own. She got her name on several medical detox waiting lists and finally received a call from a 30-day program in Cookeville, where she went to get clean.

“I was so scared, but I was finally serious about getting clean. I knew in my heart 30 days would not be enough and started looking for a long-term facility. My counselor helped me find Nashville Rescue Mission and I decided to enter their Life Recovery Program. I wasn’t so sure about staying when I arrived, but I did, and it was the best decision I could have ever made.”

While in the Mission’s program, Vicki received counseling, encouragement, structure, and community. She was able to address many issues that had haunted her for a long time. Vicki learned how to live life sober and like herself in the process. She found hope, healing, peace, and acceptance. And ultimately, she found purpose.

“I’m from a small town. I didn’t plan on staying in Nashville, but the Lord had other plans. I now work for the Mission as the Volunteer Coordinator at the Women’s Campus and work alongside women who are currently in the program. What a blessing!”

Vicki celebrated six years of being clean and sober in August. “The Lord saved my life and gave my life new meaning through the Mission. I am forever grateful! The Mission will change a person’s mind, body, and spirit with God’s grace and mercy. Thank You, Jesus! My advice to anyone struggling—never give up, and know it’s never too late and you’re never too old to recover. Believe that!”

Because of you Vicki found purpose in her life and a reason to live. Thank you for your faithful support of this ministry. With your help, Vicki and others like her are finding hope and living transformed lives. Would you considering giving to help more men and women find purpose?

William B., known as Bill to his friends, first came to Nashville Rescue Mission in January […] 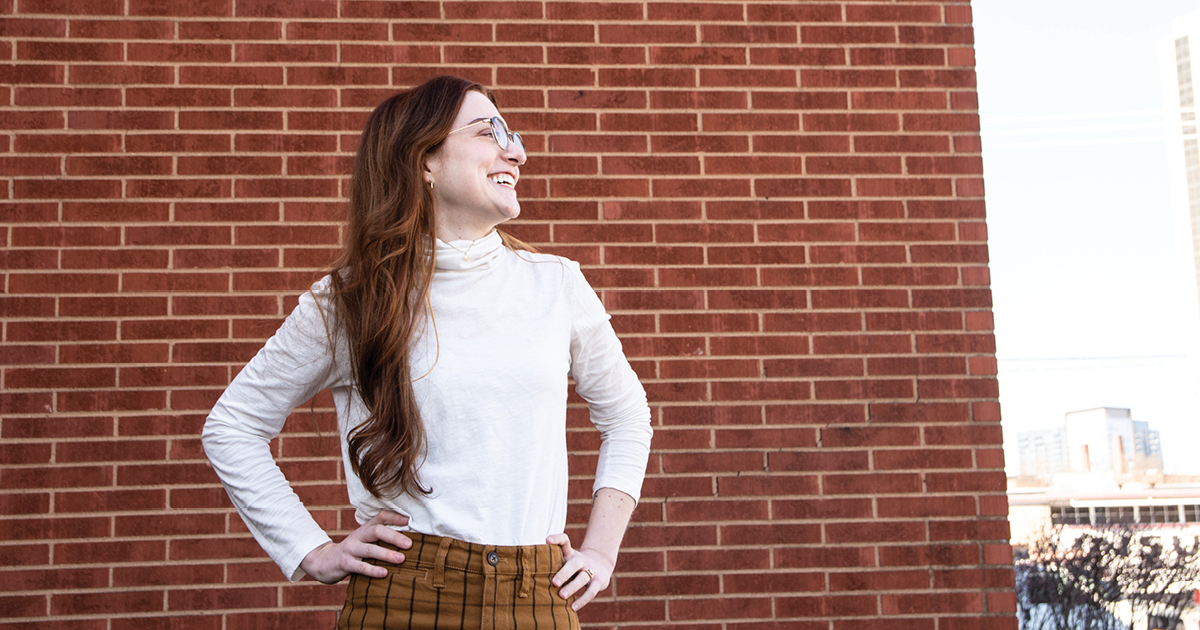 I Am Wonderfully Made

Women come to Nashville Rescue Mission for a variety of reasons. Some are seeking refuge from […]