In 1954, the Mission opened its doors to provide food, clothing and shelter to homeless men in the Nashville community. In 1968, the Mission expanded to meet the needs of the increasing numbers of homeless women and children in the community.

Nashville Rescue Mission is a Christ-centered community dedicated to providing hope for today, hope for tomorrow, and hope for eternity to the hungry, homeless, and hurting.

In 1953, Dr. Charles Fuller, a well-known Gospel radio preacher from The Old Fashioned Revival Hour led a revival at the Ryman Auditorium. While staying at the Sam Davis Hotel, Fuller encountered numerous homeless men living on the streets of Nashville and made mention of them during his sermon. After the revival, Dr. Fuller returned the honorarium he received for speaking and asked that it be used to establish a facility that would care for the city’s homeless and hurting. 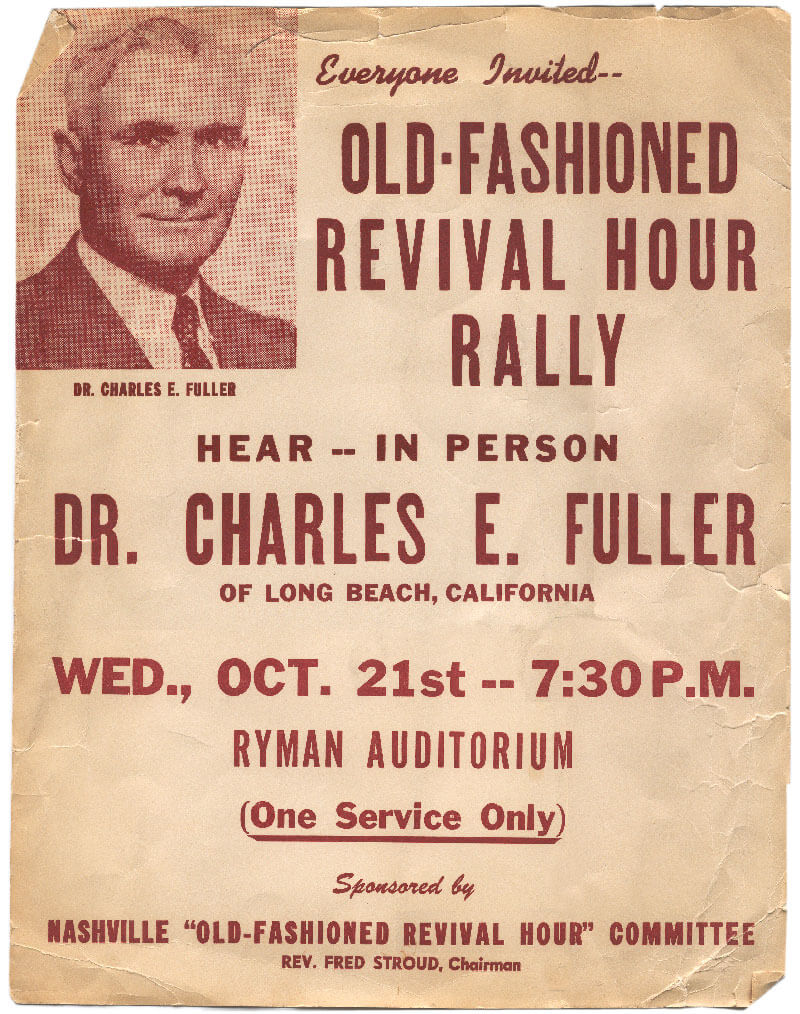 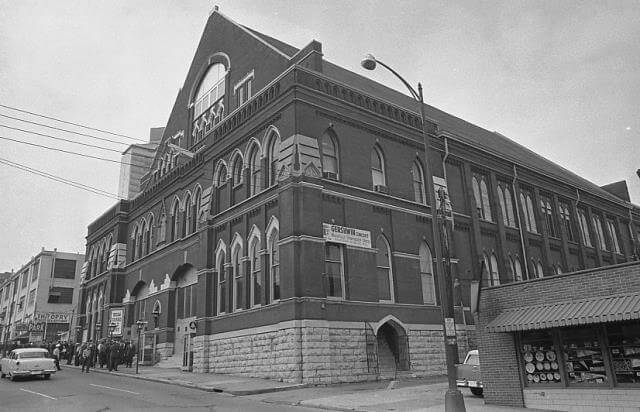 On March 15, 1954, papers of incorporation were drawn up and a charter secured to open the city’s first homeless shelter. Within a week, two rooms were rented in an unused store building at 429 McGavock Street. The night before the rooms were opened, five homeless men who had learned of the project wandered in and slept on a single bed, a pallet, and the bare floor. 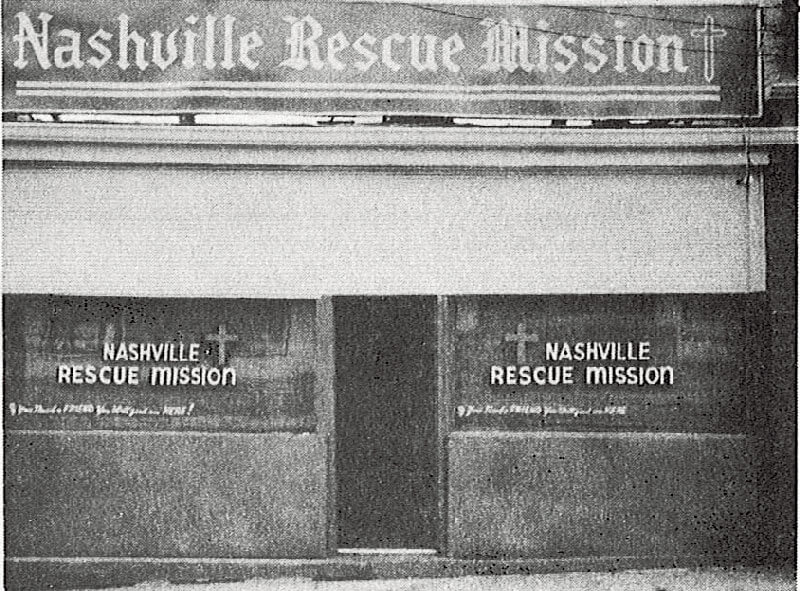 In 1956, the Mission opened “Rescue Haven,” on a 125-acre farm near Joelton. Eventually, more than 1,500 destitute, alcoholic men passed through its doors. It was subsequently sold in 1962, due to indebtedness. 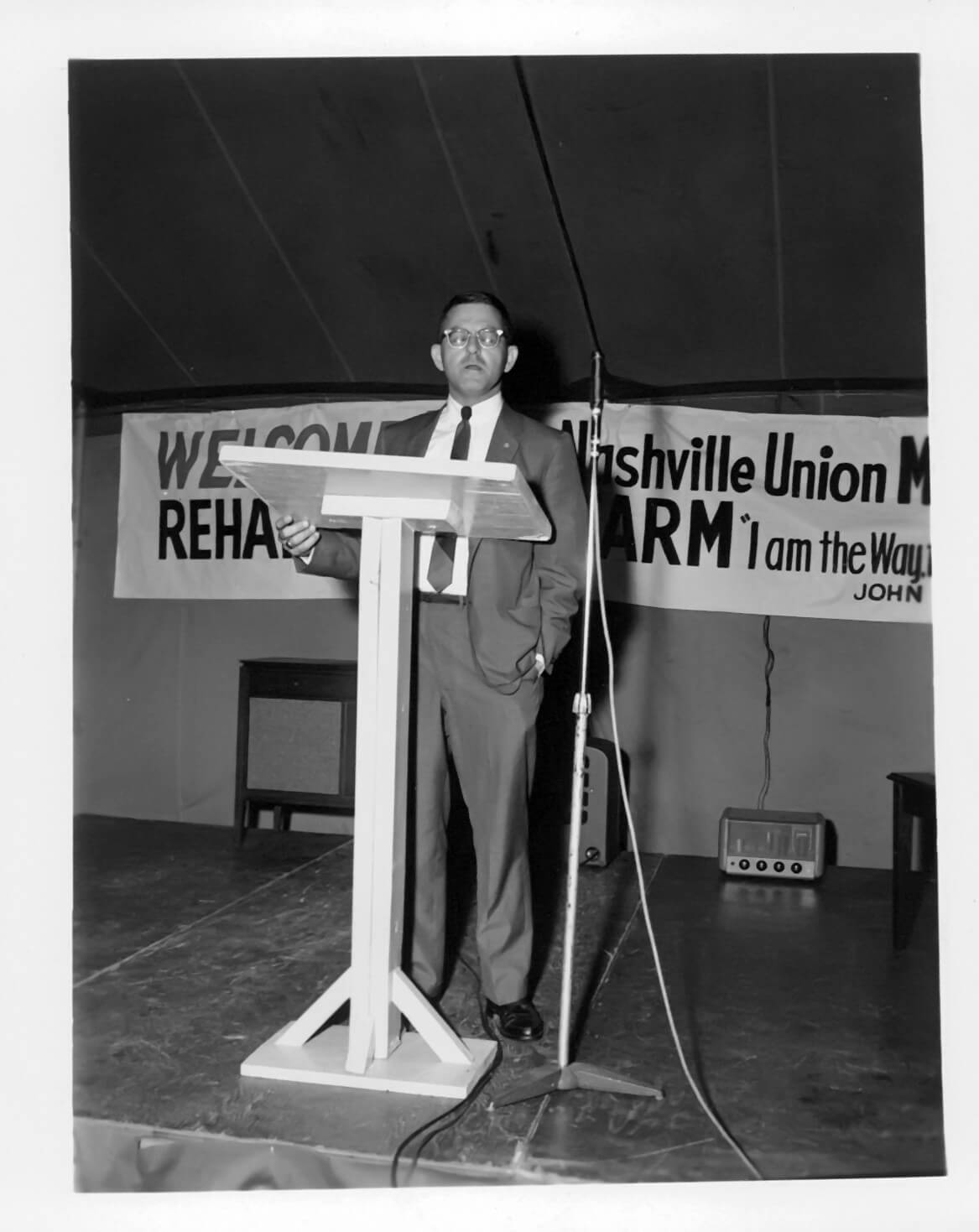 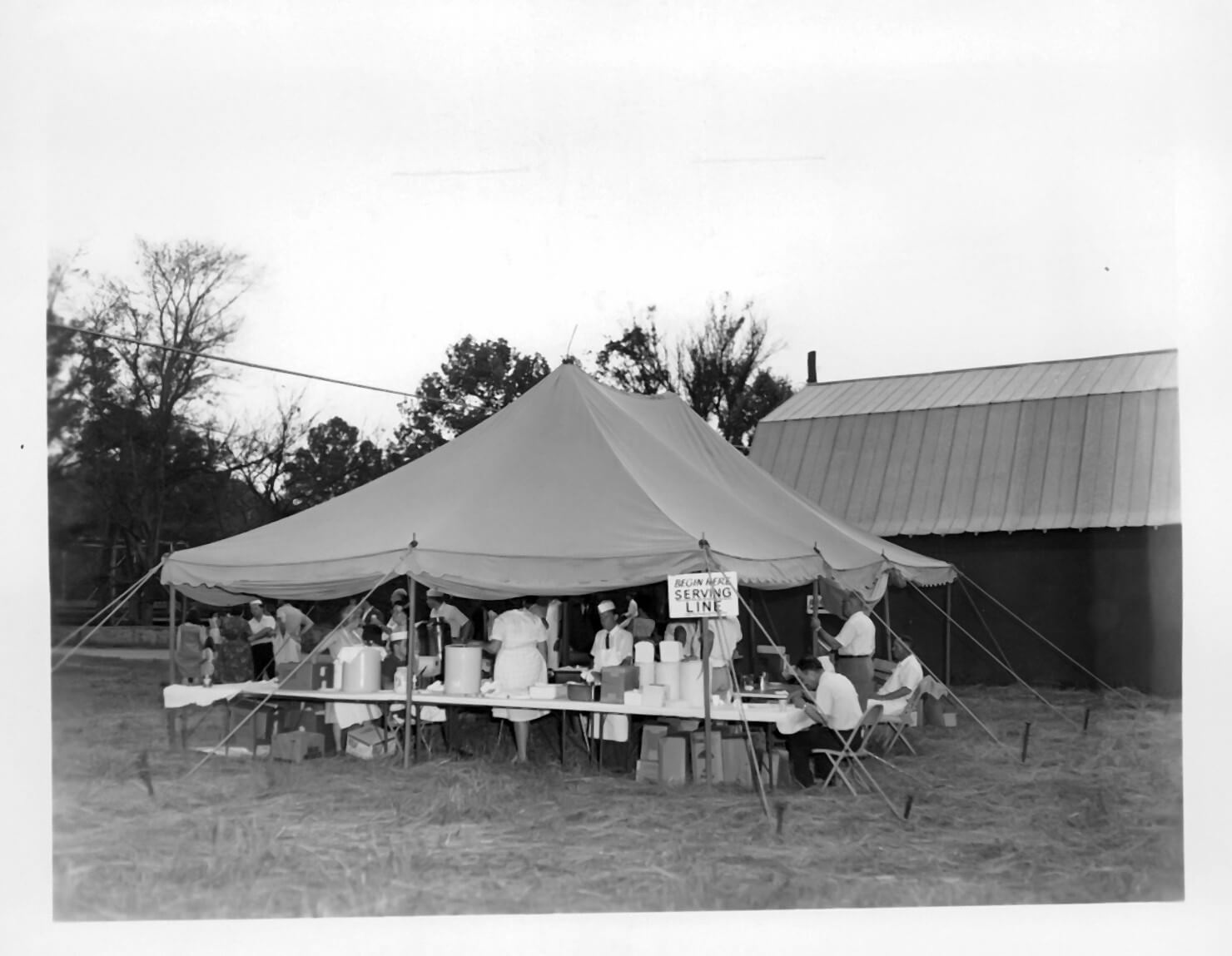 The Mission was reorganized in 1963 and on January 1, 1964, Charles R. Short, Mission Superintendent resigned, and James Funderburk was appointed to the position. That same year, concentrated efforts mostly on acquainting the public with the work of the Mission. A radio ministry began with daily five-minute talks, not so much to raise funds but to present the work being done. 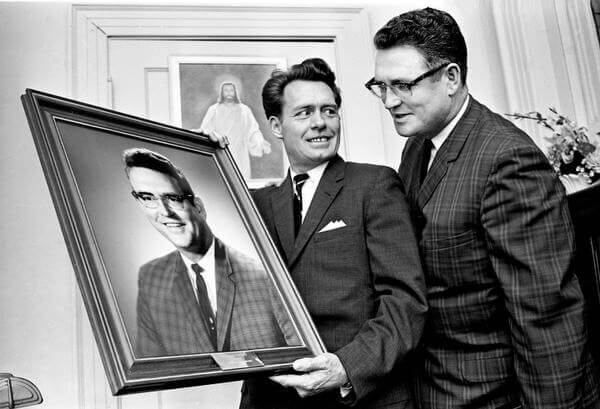 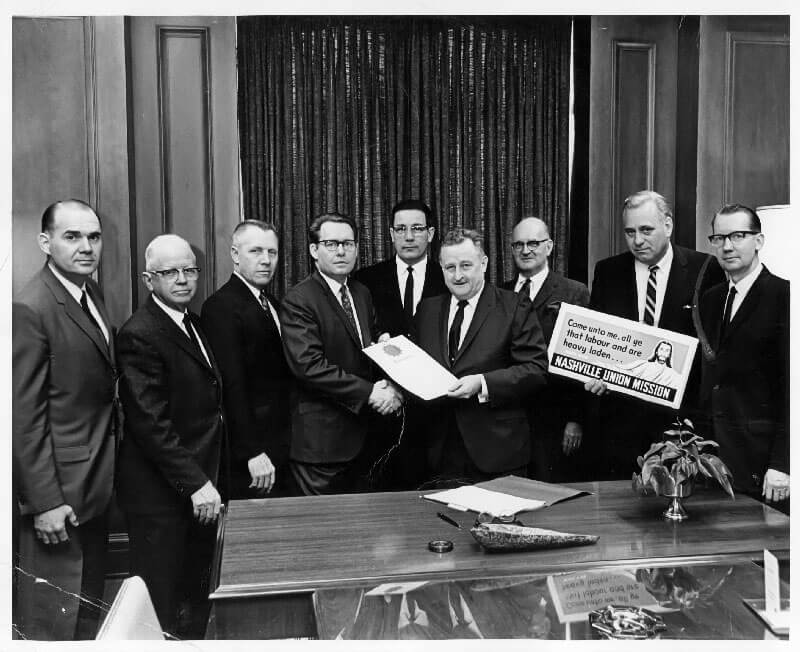 In November 1967, a dozen ladies met in the old building that housed the Nashville Union Rescue Mission at 129 7th Avenue to share their concerns about the increasing number of women on the Nashville streets with no place to find shelter. Plans were made to establish services and facilities for homeless women and children. 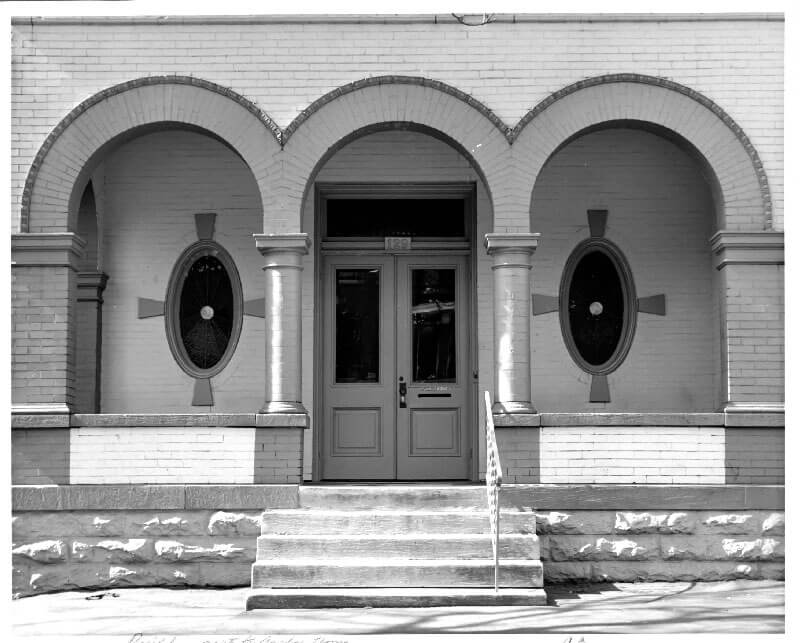 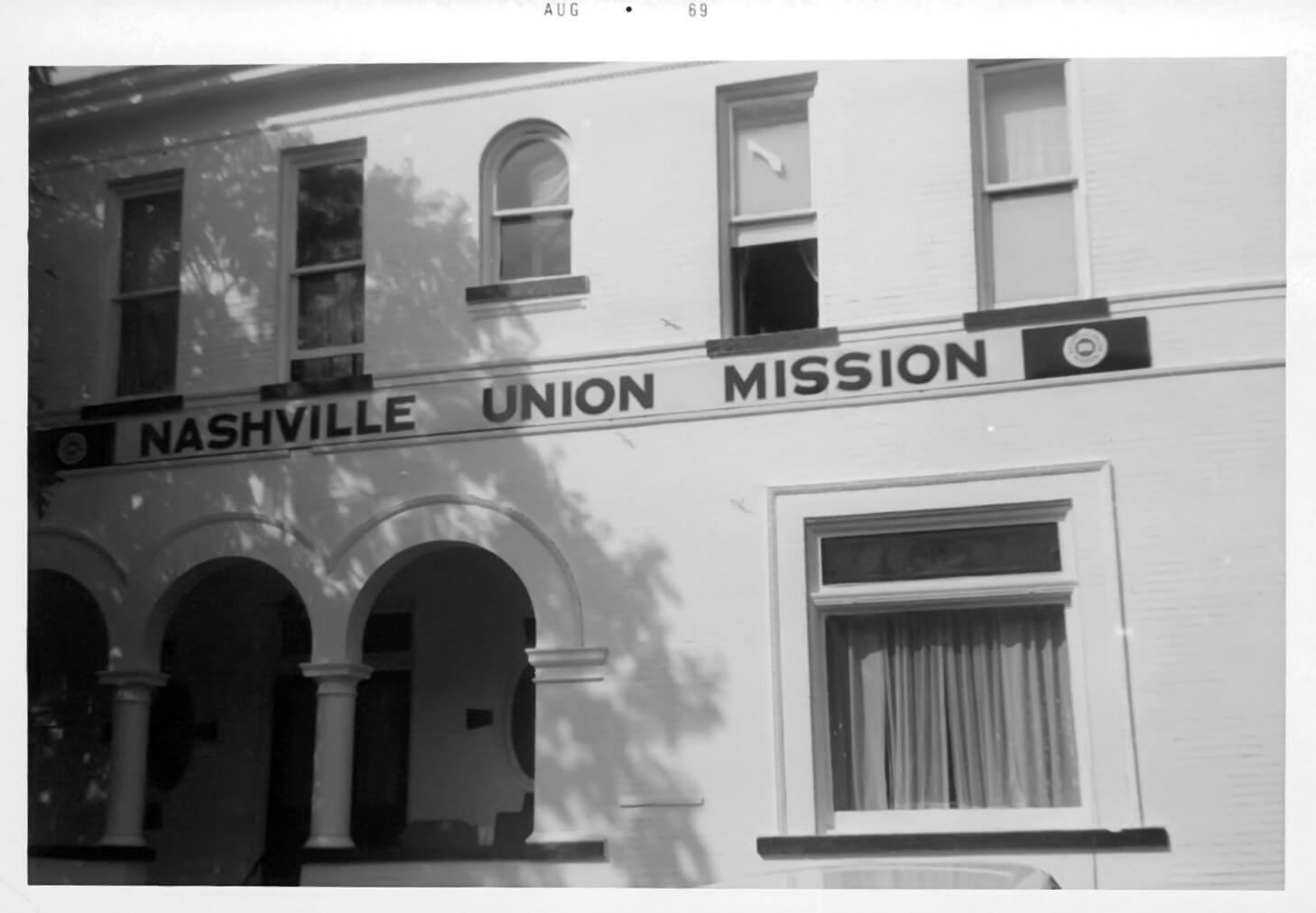 Shelter for Women and Children Opened

The doors of the women’s work were officially opened in 1968. This was the only venture of this sort in the Nashville area where homeless women with children could be given hot meals and shelter. Even though only ten beds were available for this, during the first year 350 women and children were served, 305 night’s lodging were provided, and 825 meals were served. By the end of 1969, additional space was added to accommodate a total of 40 women. 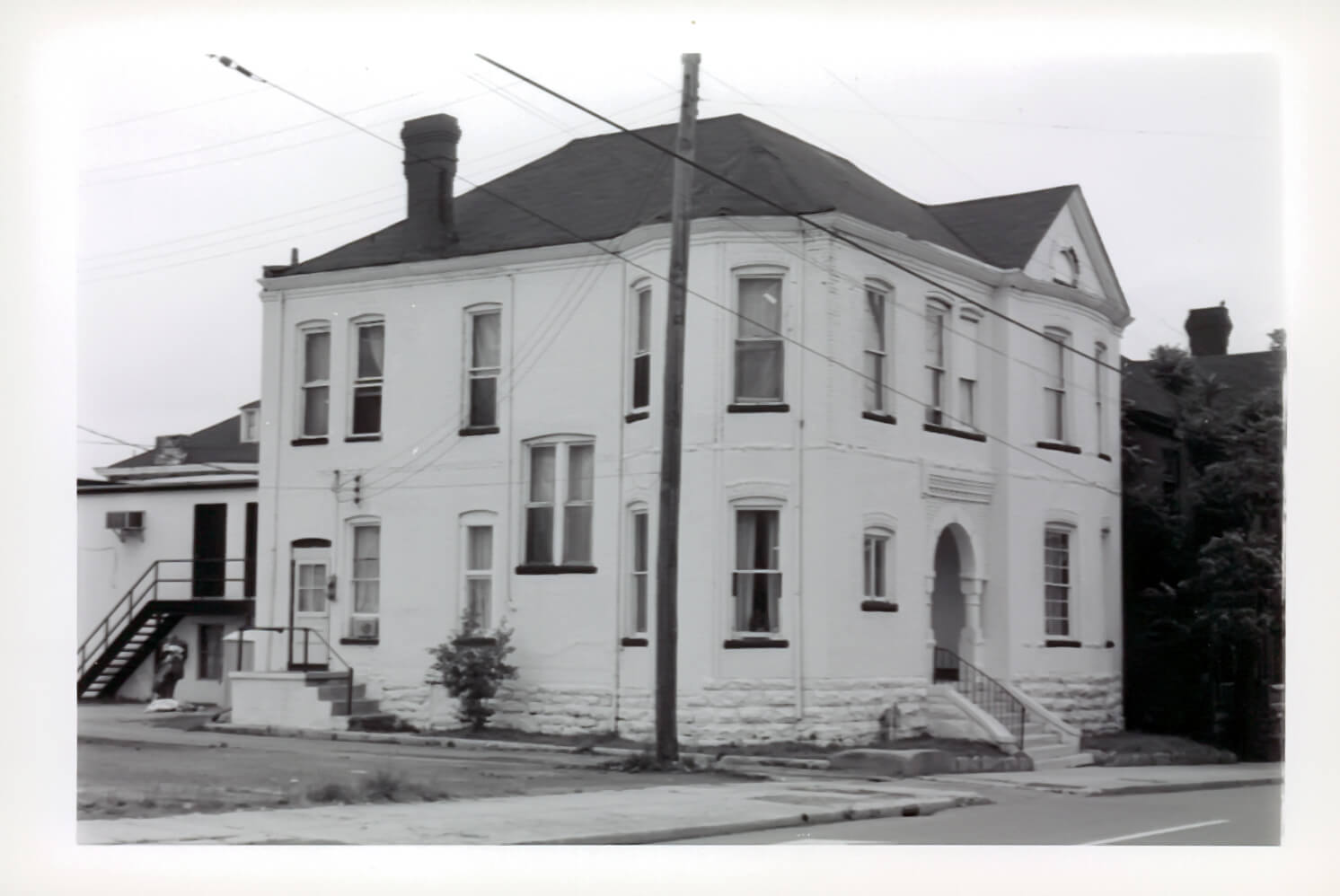 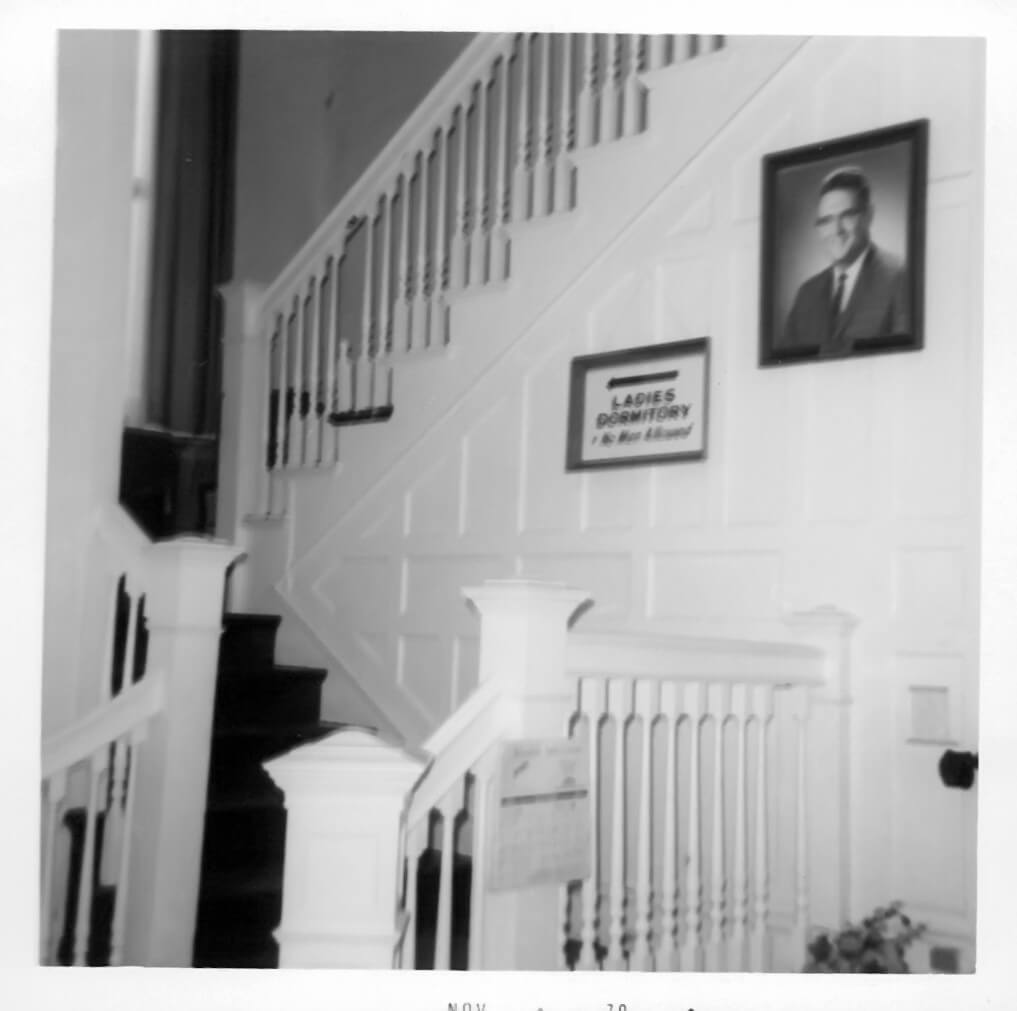 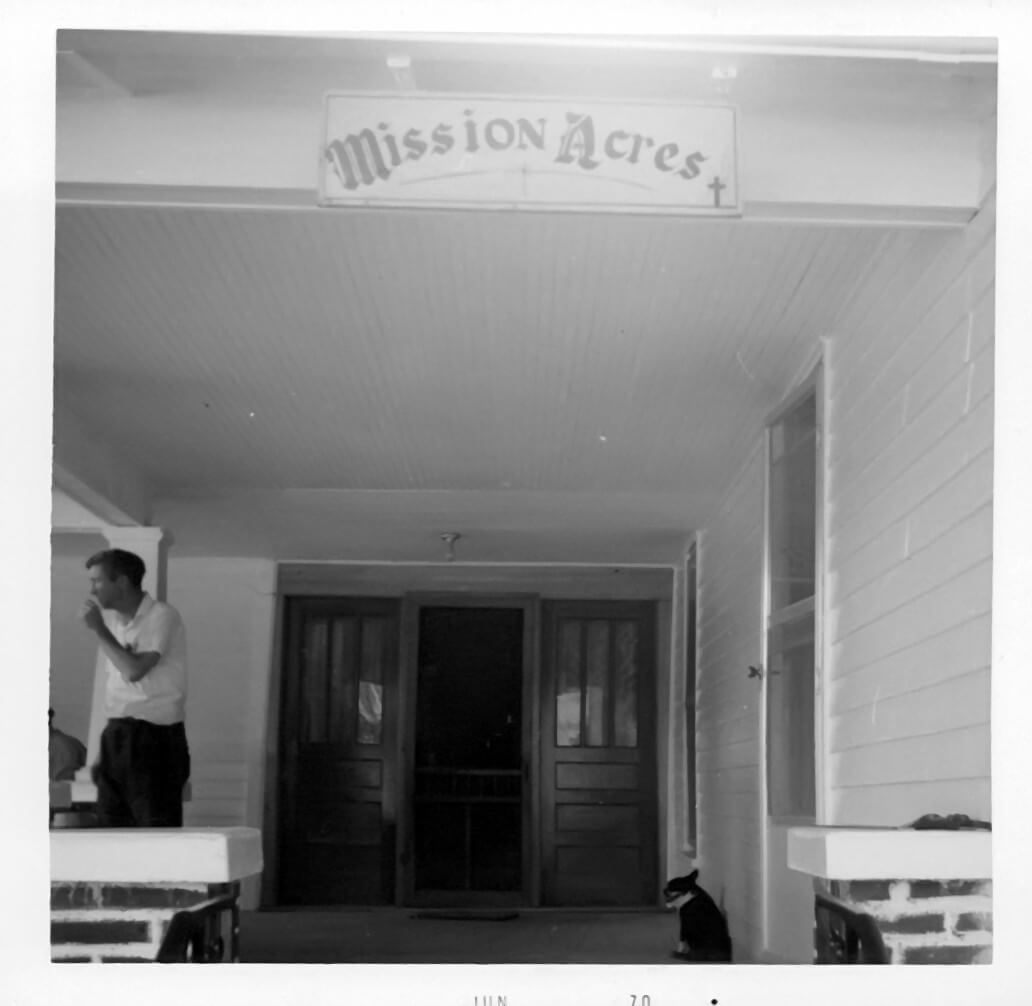 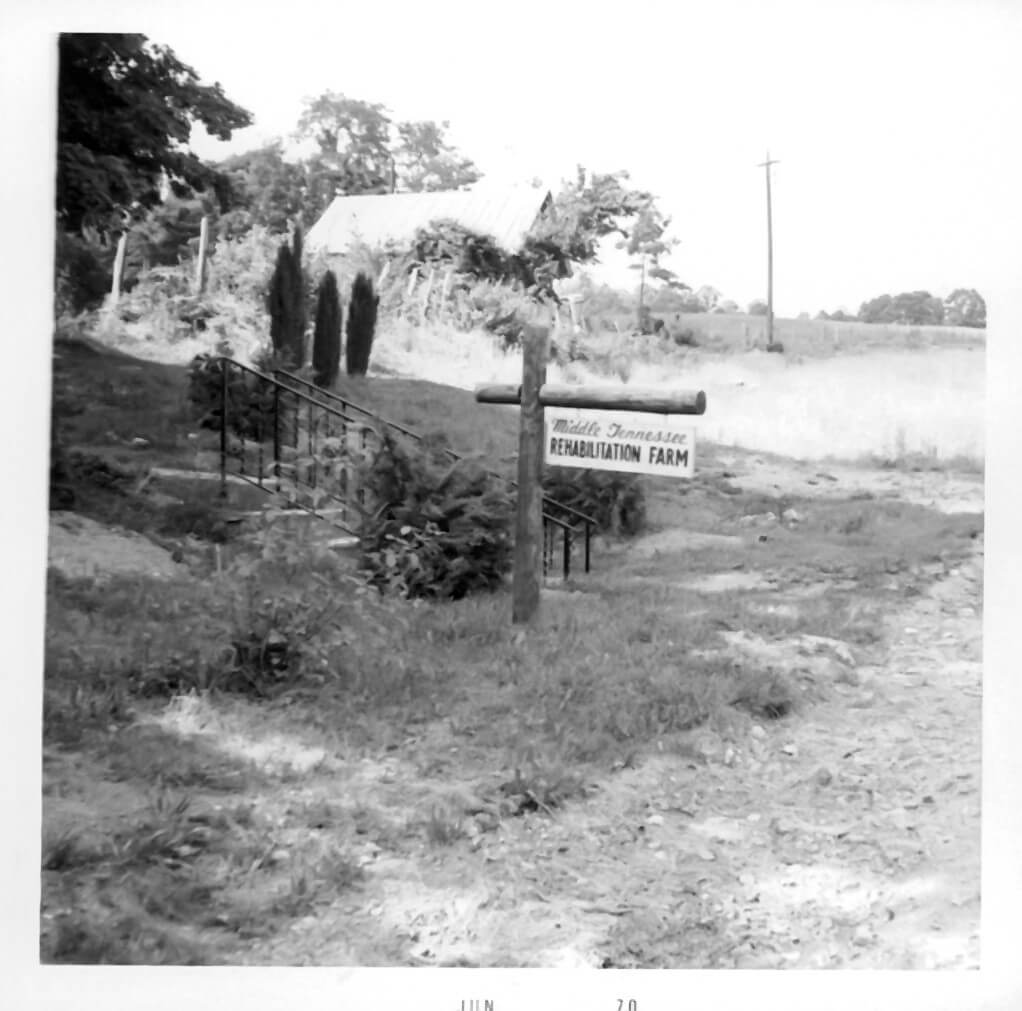 Music at the Mission

On July 25, 1971, singer/songwriter Merle Haggard and his wife Bonnie Owens appear at the Mission to record a singing appearance. They were recording a religious album along with The Carter Family. They sang the Hank Williams song, “I Saw the Light.” Mother Maybelle and the Carters sang, “Steal Away.” At that time, the Mission was at the corner of 7th Avenue South and Demonbreun Street. That same year, on October 2, 1971, the board of directors named Rev. Carl R. Resener the Executive Director of the Mission, after the previous director had fallen ill. 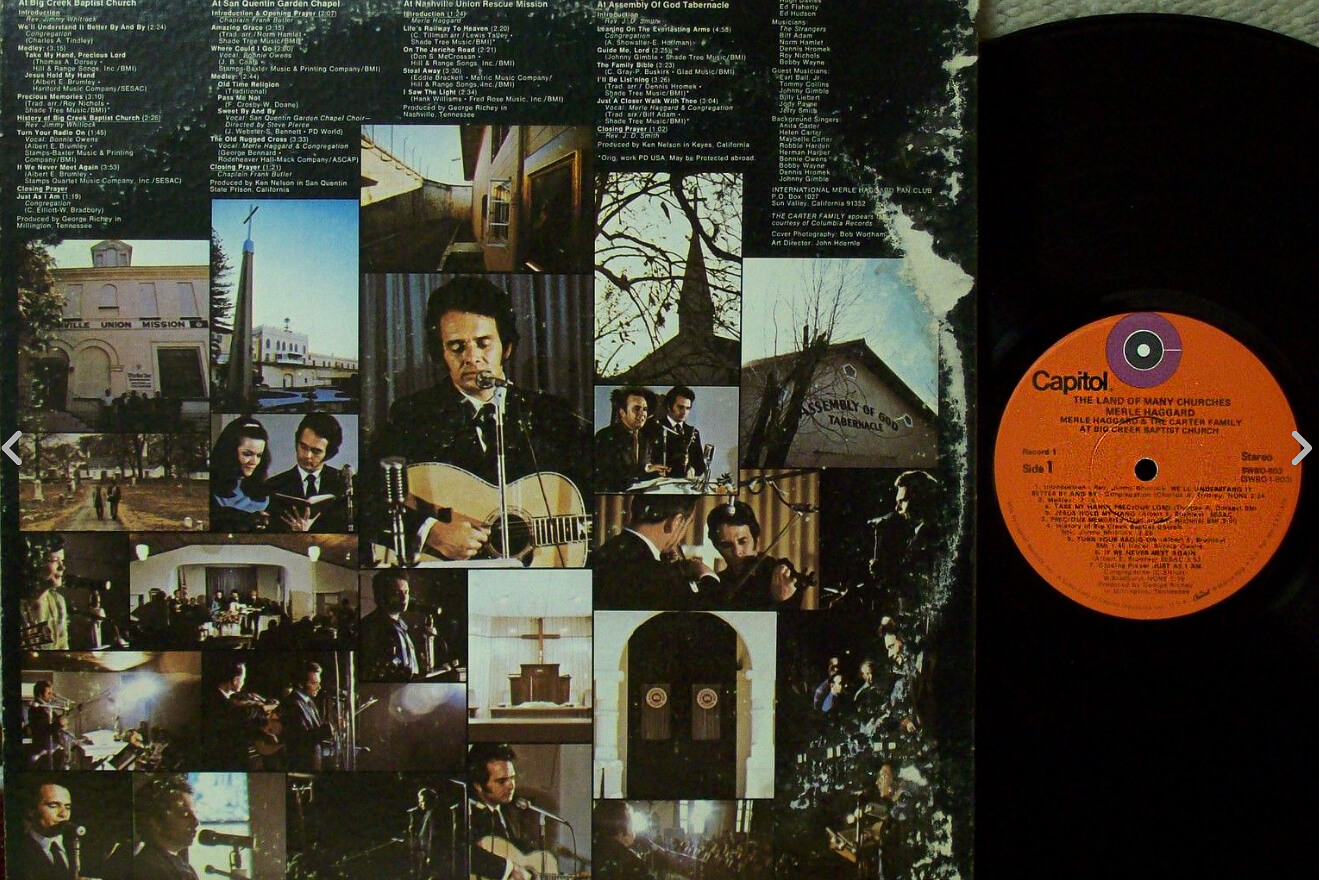 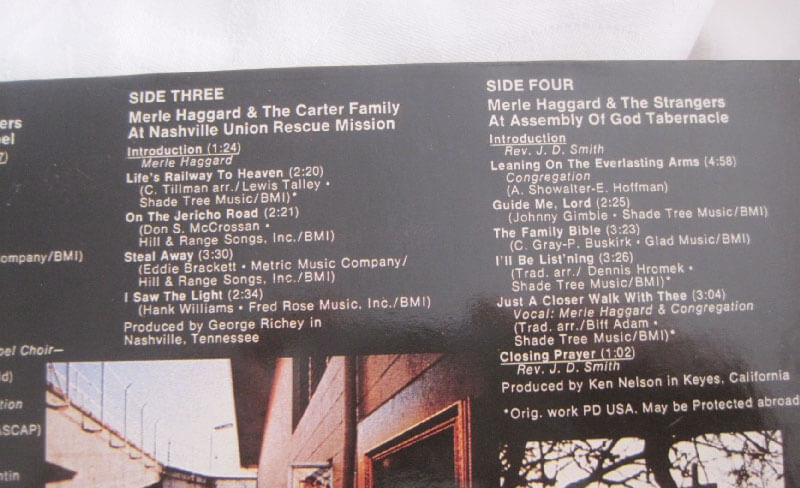 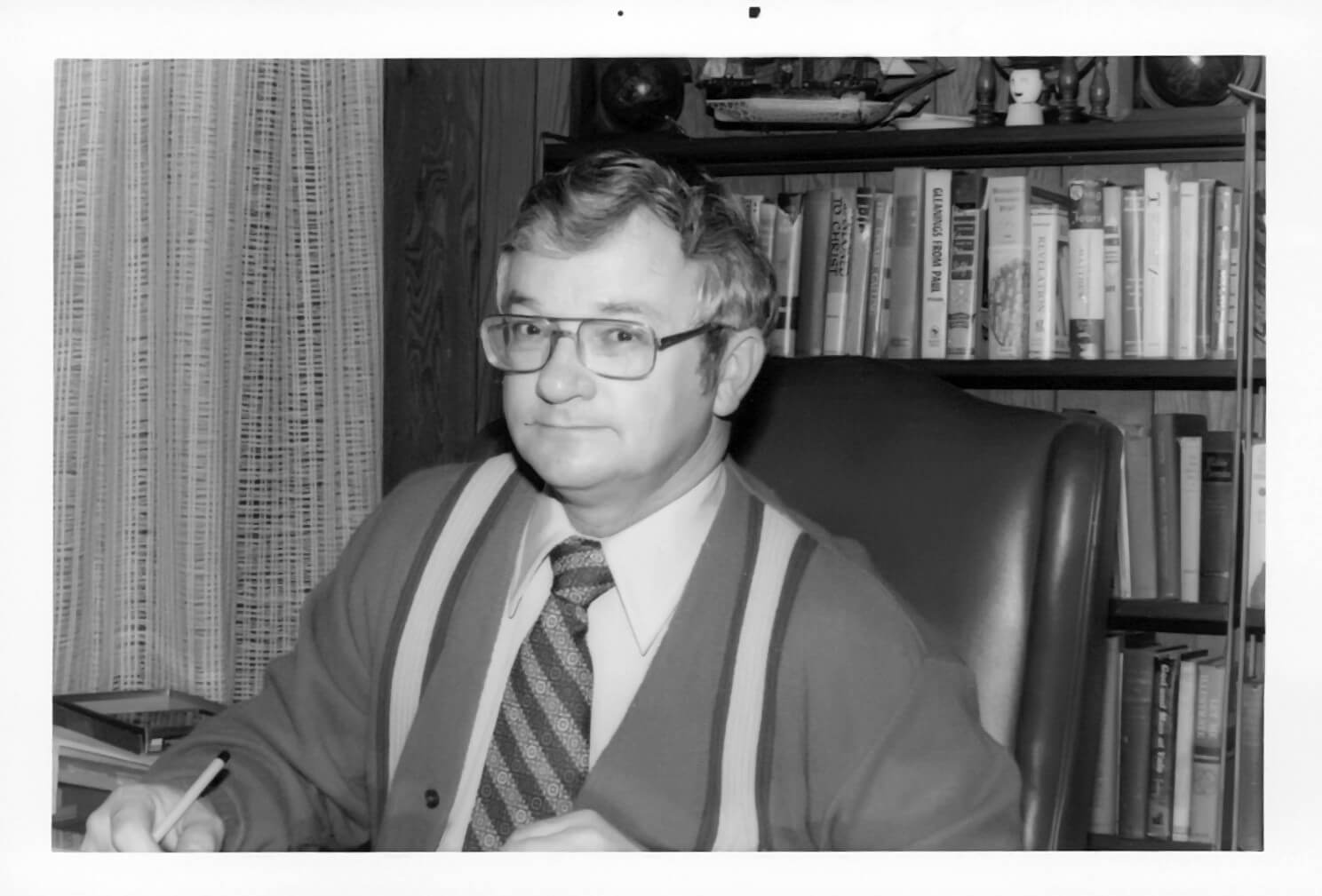 A few years later, a fire broke out at “Mission Acres” and completely destroyed the one farmhouse, which was in use, as well as much of the equipment. The decision was made to sell the property and proceeds were used to purchase a smaller property, of twenty-nine acres, closer to Nashville. The new “Mission Acres” was ready for occupancy in the summer of 1974. 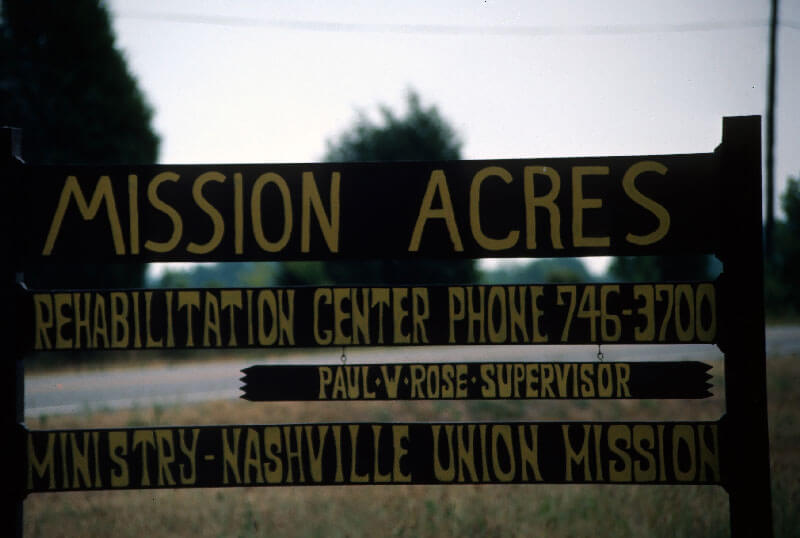 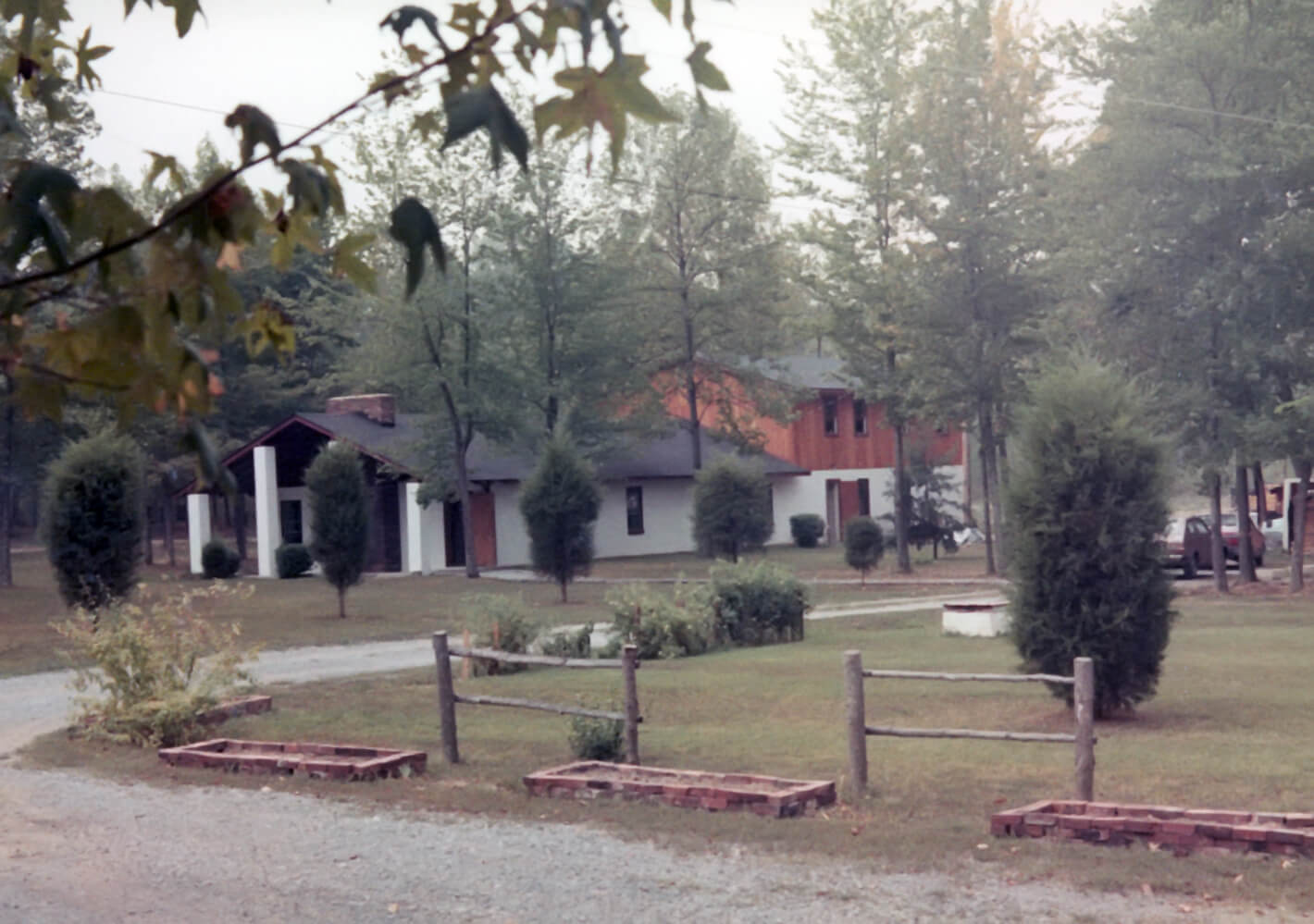 In 1979, the Mission celebrated their 25th anniversary. At that time there was not enough room at the women’s shelter to care for the numbers that were coming. More women had taken to the streets, and they were coming to the Mission abused, desperate, and fearful for their lives. Efforts were made to raise money and acquire property to open a larger facility to accommodate the need. 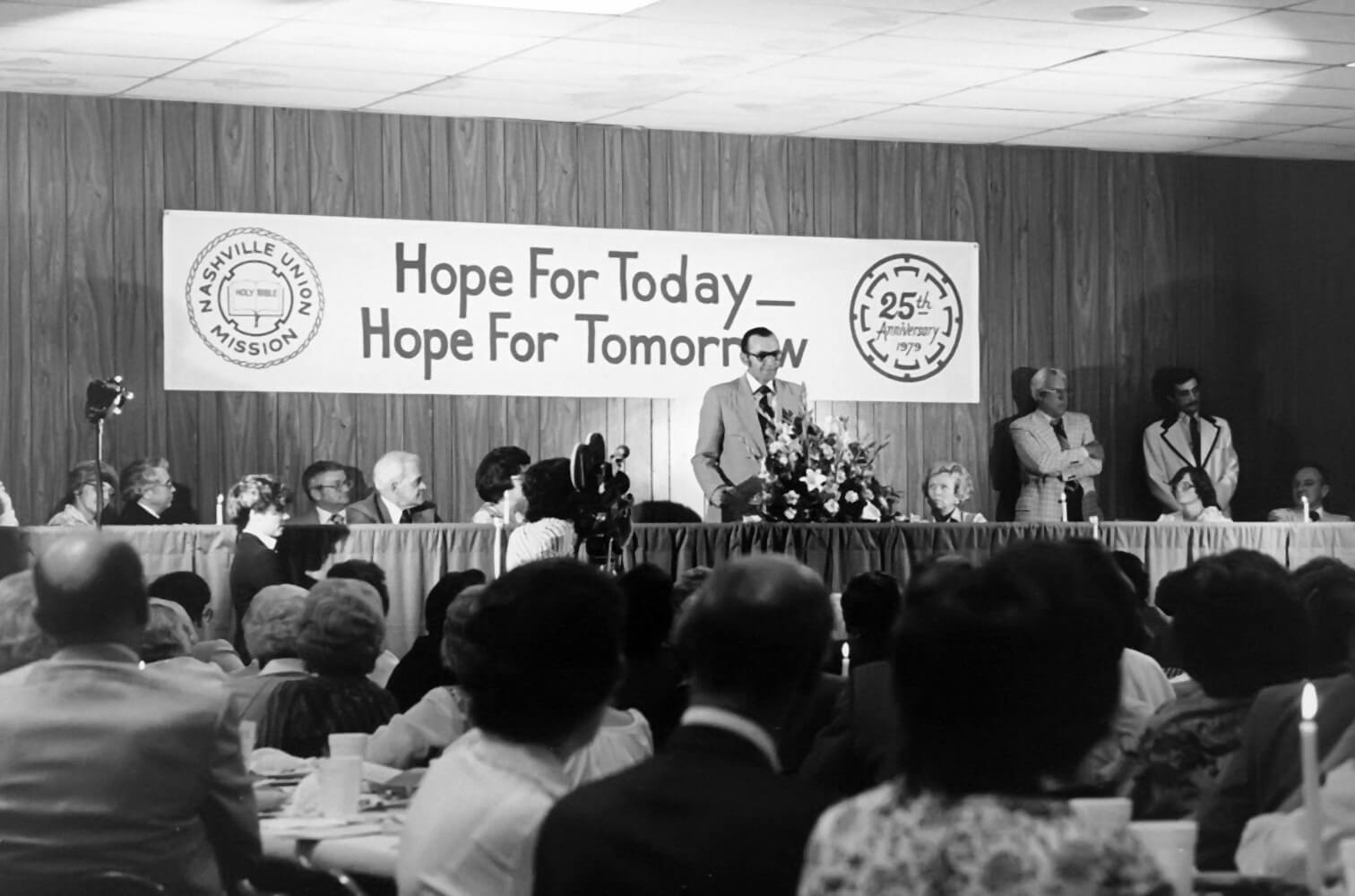 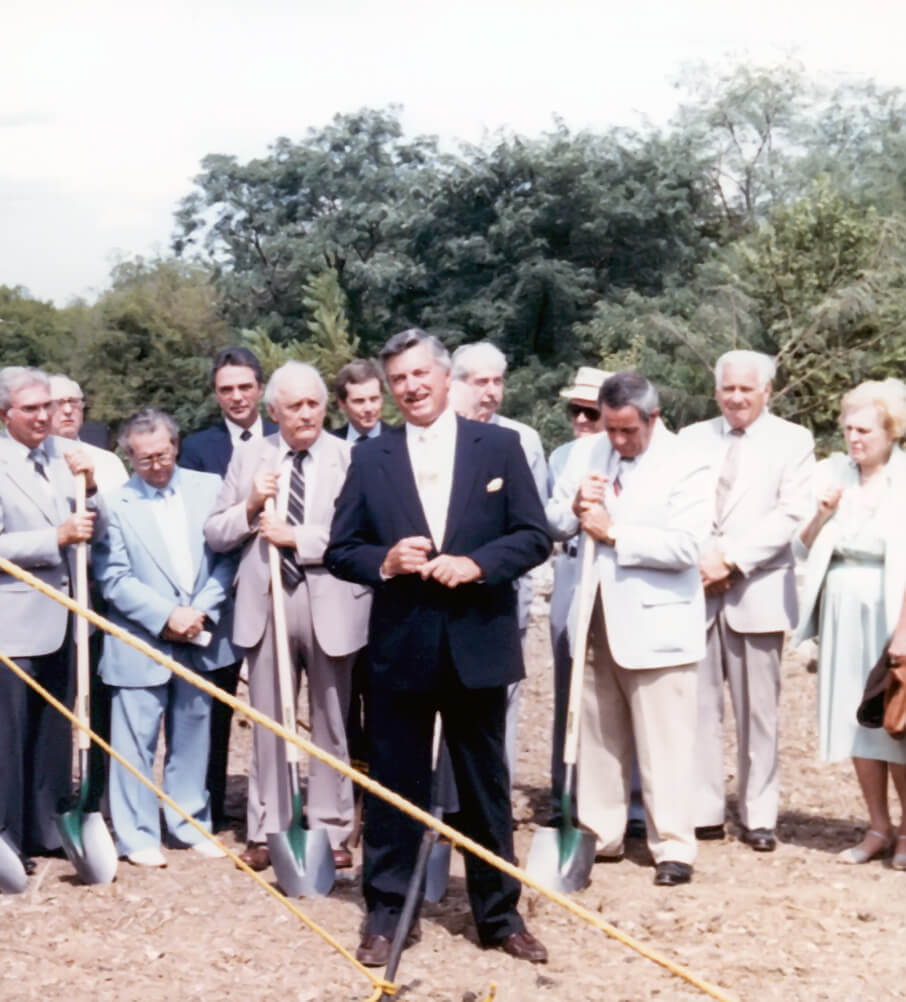 In May 1987, the doors to the Mission’s “Family Life Center” were officially opened to serve homeless women and children in the area. 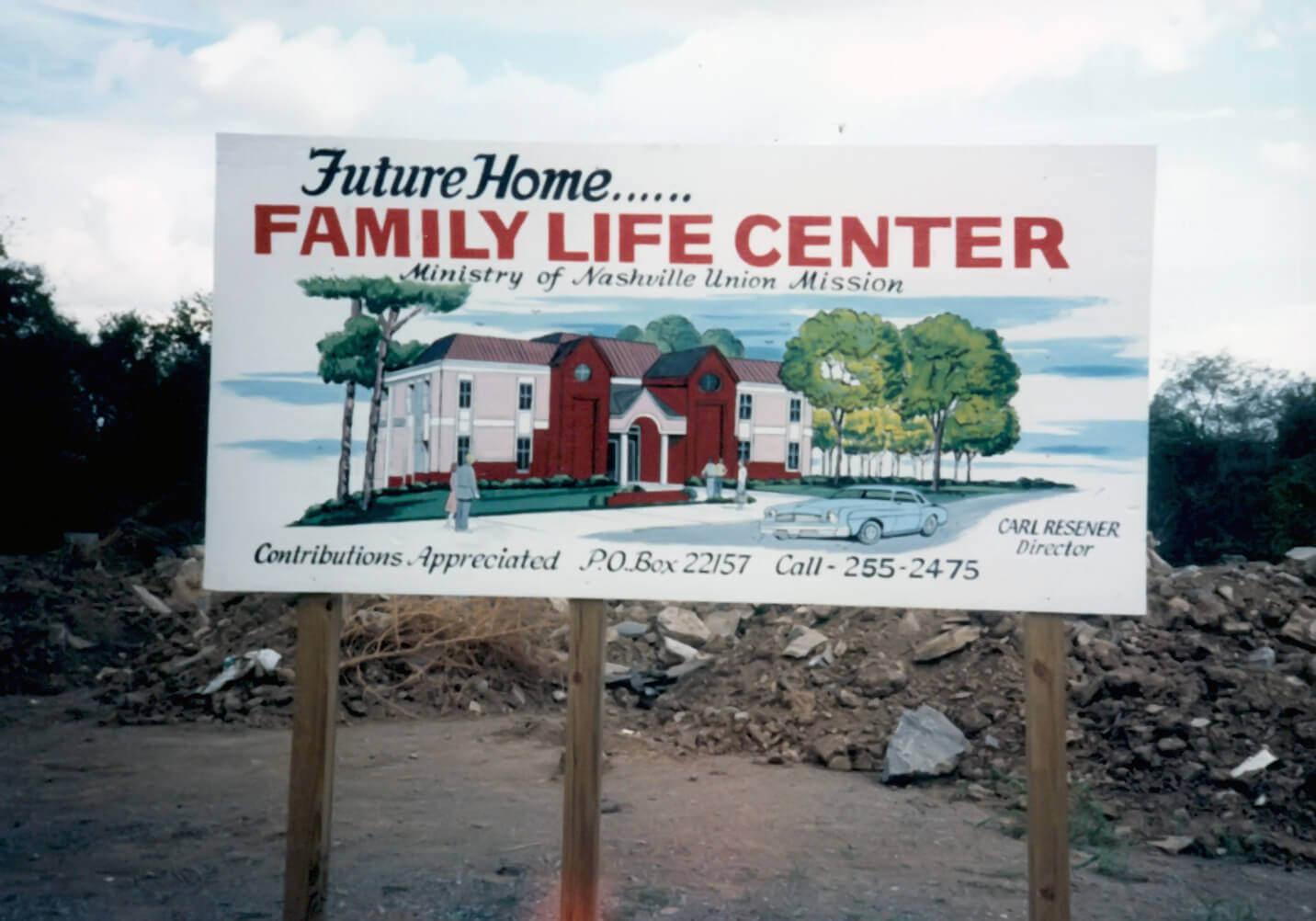 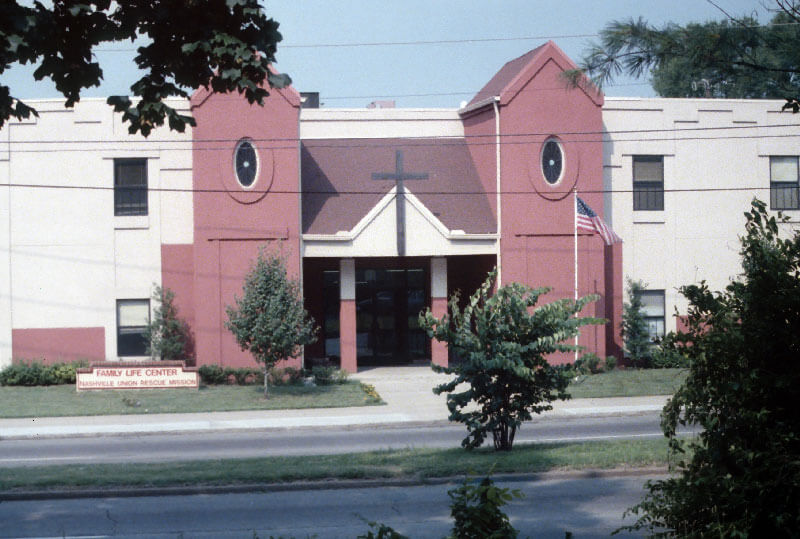 After several unsuccessful efforts to purchase the former Sears building on 7th and Lafayette, (which had been vacant since 1991), American General Life and Casualty Corporation, who owned the building, finally agreed to sell to the property to the Mission for $500,000 in 1999. 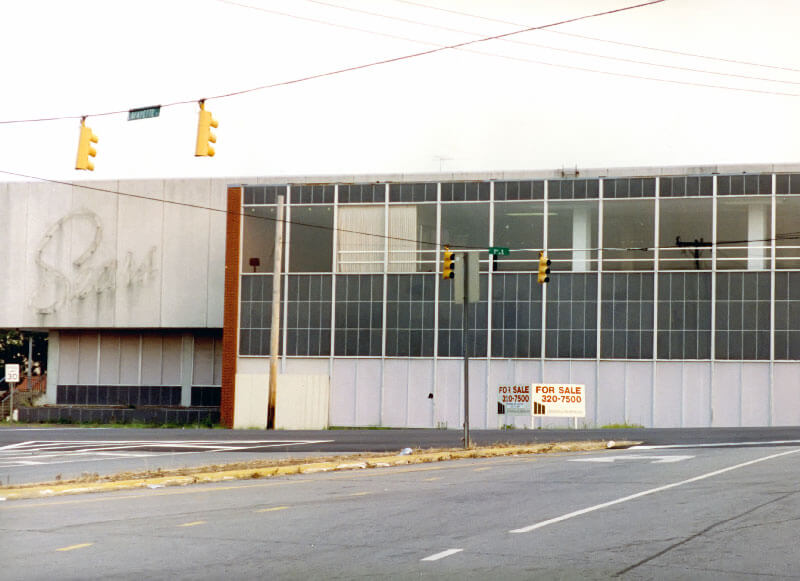 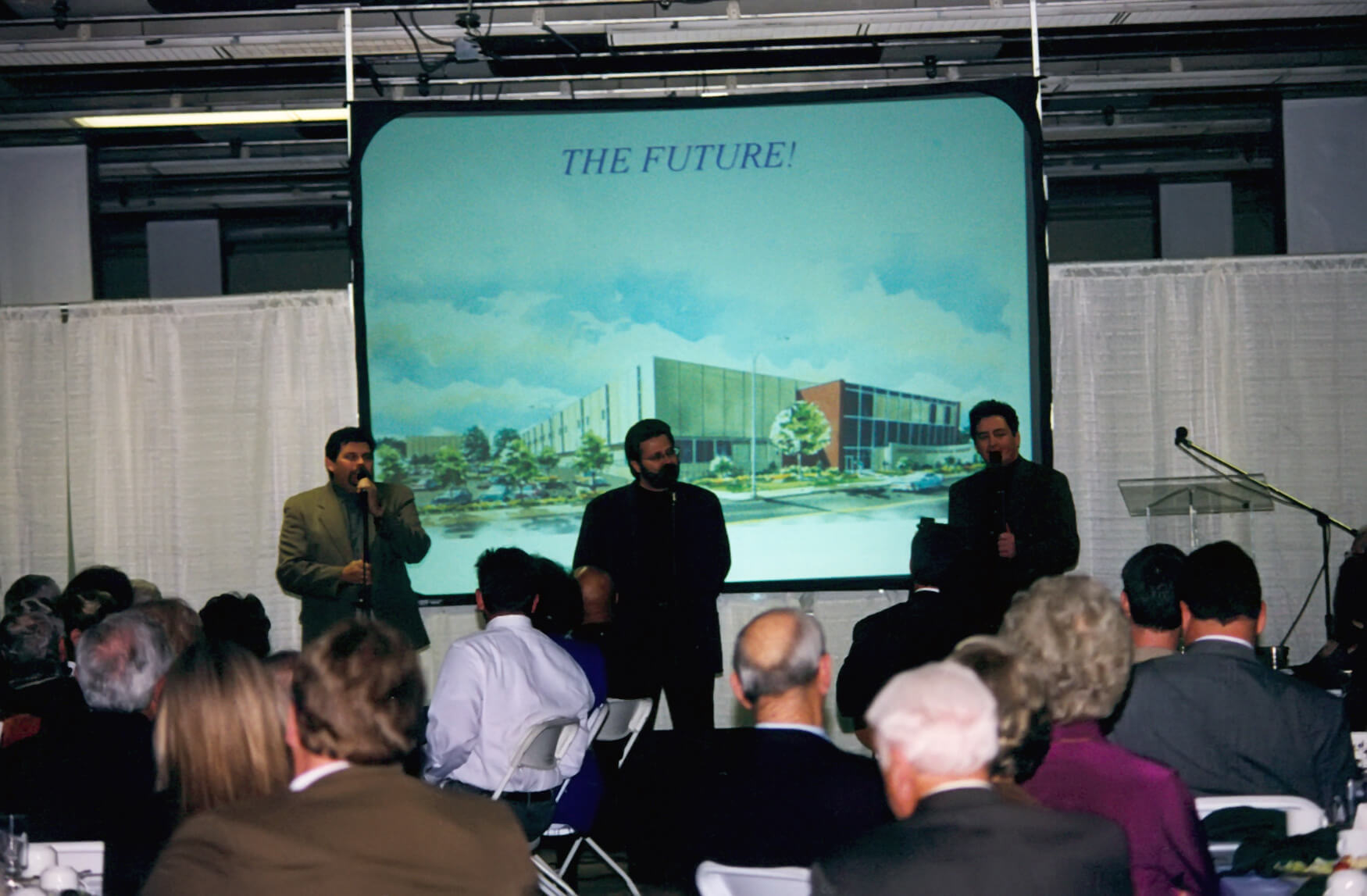 After extensive remodeling, the Mission relocated from its properties on 7th and 8th Avenues near Demonbreun to their new location on Lafayette. The doors officially opened in February 2001 to serve homeless and addicted men in the community. 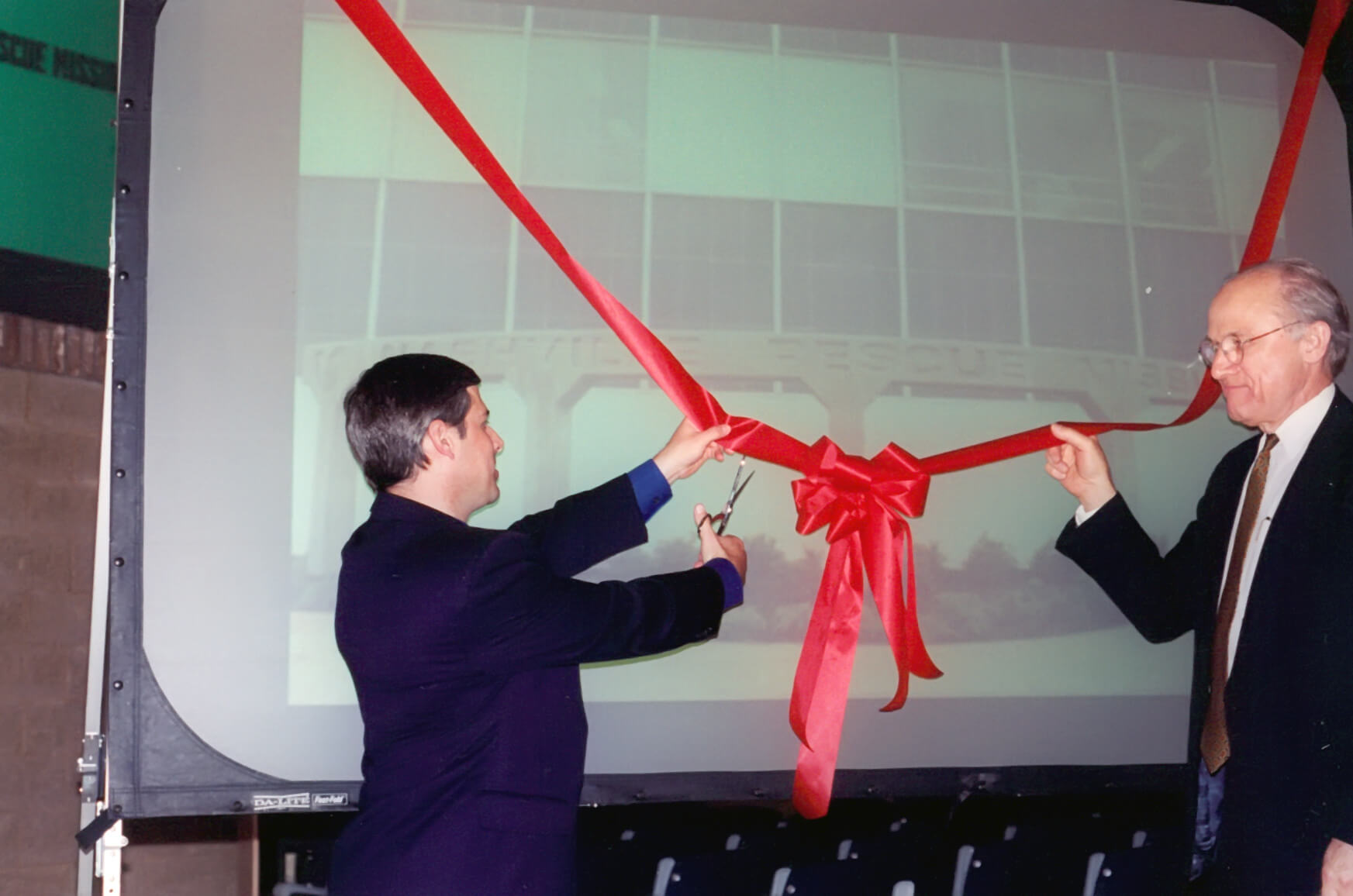 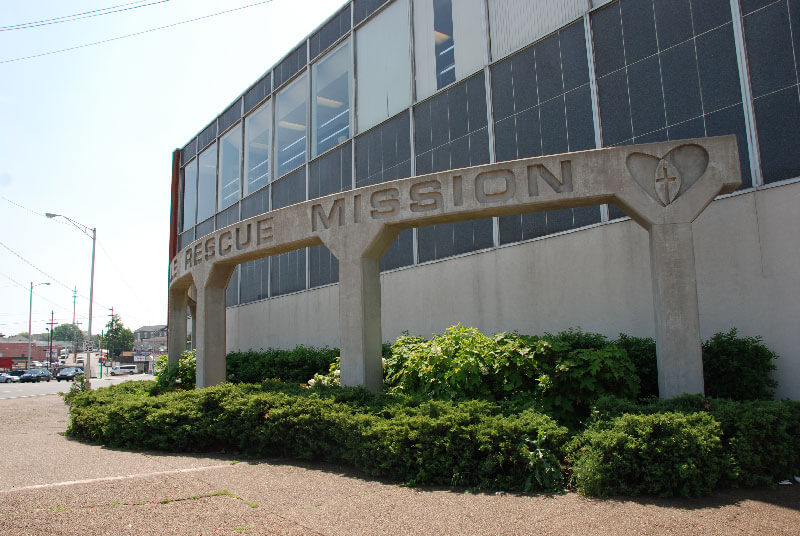 In 2007, the number of homeless women seeking shelter was well beyond the capacity of 80, averaging 128 guests per night and reaching as high as 162, resulting in a much-needed expansion of facilities and services. A capital campaign was launched in 2009 to allow for the development and remodel. Mother’s rooms with enclosed restroom facilities were added to accommodate the increasing number of homeless mothers with sons over the age of eleven. Additional rooms were added to serve the women who were participating in the Mission’s Life Recovery Program. A new chapel, kitchen, dining room and offices were also added. Construction was also completed on a separate transitional house for women and their children who complete the program. 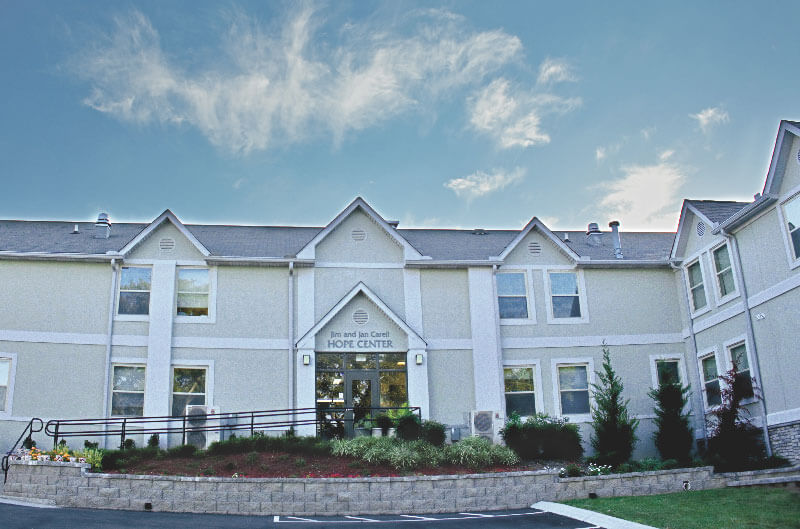 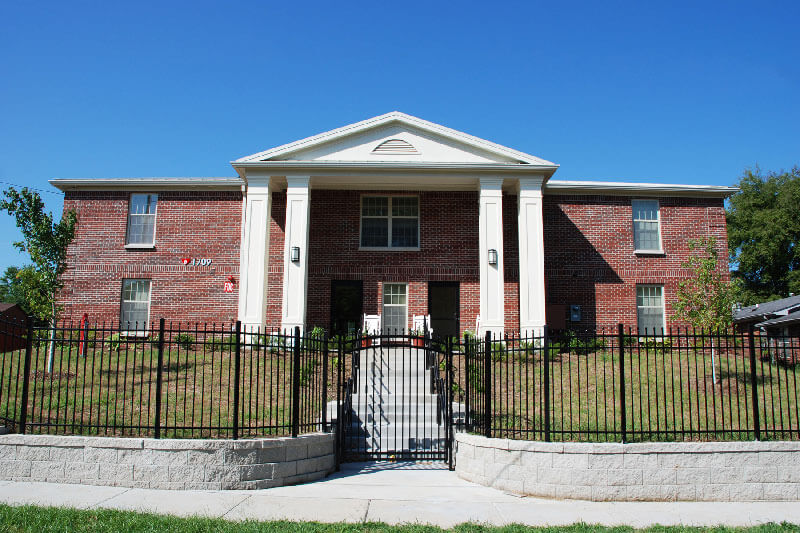 Today, Nashville Rescue Mission continues to seek opportunities to serve the homeless men, women, and children in our community. 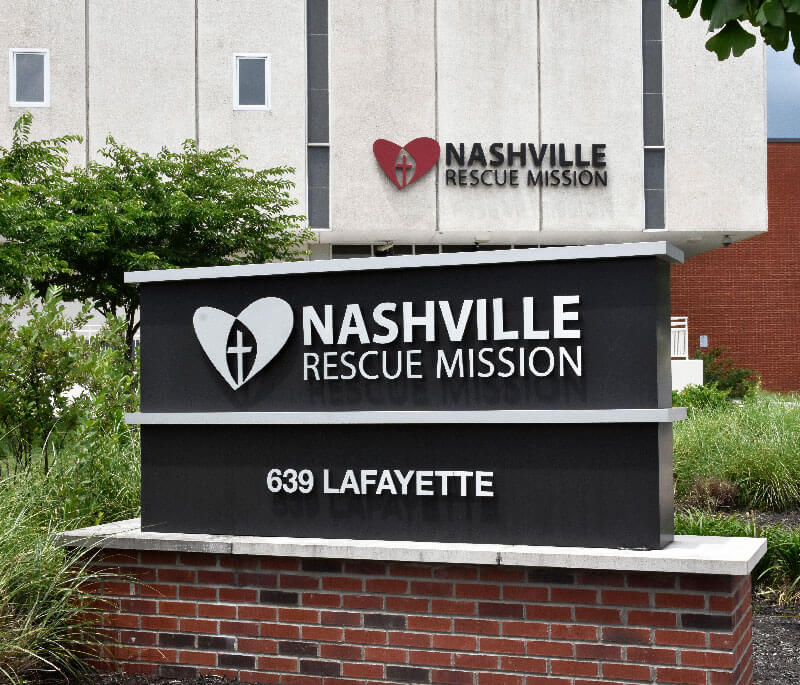