A Different Kind of Date Night 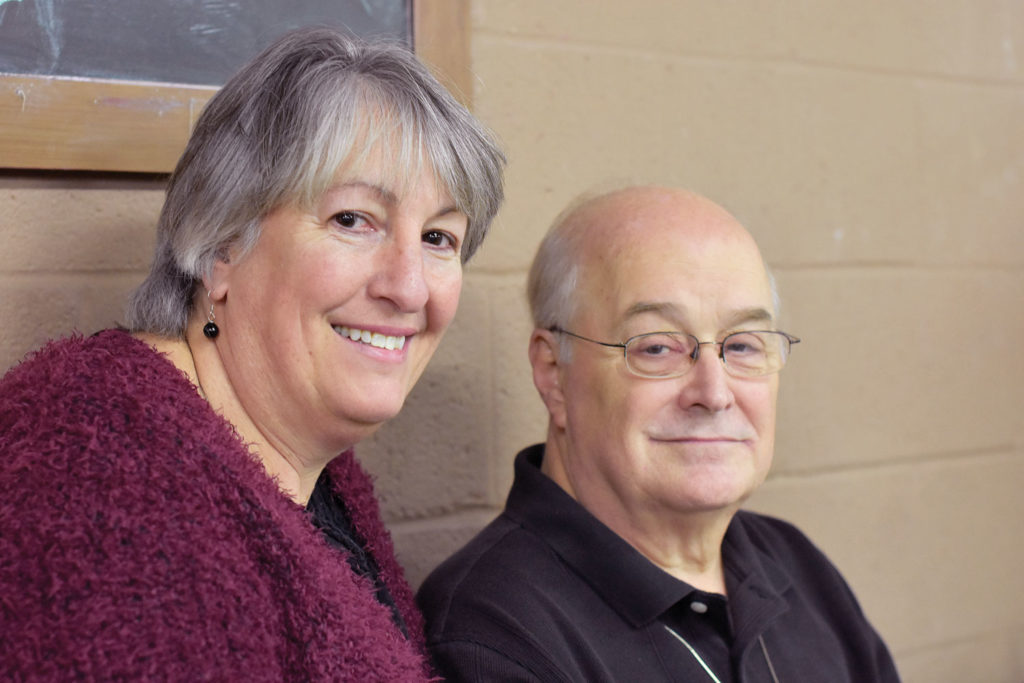 It’s Friday night and Shelley and Glenn Meadows are ready for their date night. But instead of heading out to the newest restaurant in Nashville, they’re on their way to Nashville Rescue Mission. For the last four years, the two have spent their date night serving at the Mission. Not meals–but coffee, fellowship, and fun.
“A friend at church mentioned they were starting a Friday night coffeehouse at the Mission for the men in their Life Recovery Program,” said Shelley. “She said there would be food, music, and fellowship. Glenn and I decided to go. We went the third week and we’ve been going ever since.” Shelley had other experiences with the Mission, having volunteered back in the 90s when she was a single mom and her son was in elementary school. “I felt it was important to teach my son we should be grateful for our blessings and not take them for granted.”
Fast forward to today, Shelley’s son is all grown up, and now she and her husband Glenn find joy in going to the Mission each week to fellowship with men. “After that first time, I’ll never forget asking Glenn what he wanted to do on Friday night, and he replied, ‘Let’s go to the Mission.’ That was four years ago and outside of missing here and there, if it’s Friday night, the Mission is where you’ll find us.”
Even in the last year, battling Glenn’s recovery from knee surgery and other family issues, this dynamic duo puts volunteering at the Mission at the top of their list. “In addition to giving our time to the Mission, we also volunteer at our church and several other organizations. But we get more out of being at the Mission than anything else we do,” shared Shelley. “Glenn and I get a chance to see first-hand, how God can take a broken man, give him hope, and watch him fight to stay alive. Miracles are happening every day at the Mission. People are saved. It’s a beautiful thing to see.”

“We started our Friday night coffeehouse to show the men in our program how to have a family-friendly, fun night without the influence of drugs or alcohol,” said Currey Womack, a counselor at Nashville Rescue Mission. “Many of the men and women who come to us in search of help, have never experienced anything like this. It makes an impression on them to see volunteers come in week after week, at first strangers, but over time becoming more like family. They bring snacks, serve coffee, play games, play music, or sing karaoke. The fact that none of them have to be there, but simply choose to be there is not lost on our students. Coffeehouse has become as much a part of our ministry as chores, classes, and counseling. While it started at our Men’s Campus, it’s now going strong at our Women’s Campus, too.”
While Glenn Meadows, one of Nashville’s most highly, sought after sound engineers, runs the sound board at the Friday night coffeehouse at the Mission, Shelley brings snacks, helps serve food, and has started crocheting hats and scarves for the men. This has become their ministry.
“I’ll never forget Bobby, who we met during that first year,” recalled Shelley. “He was a big, ole teddy bear of a man, who had spent a long time in the penitentiary. He had no idea what I was doing when I asked him his favorite color. As Christmas neared, I handed him a present–inside was a blue scarf I had crocheted for him. In my mind, it was just a little thing. But as he said to me, with tears in his eyes, ‘This is the first Christmas present I’ve received since I was a baby,’ I knew it meant so much more than words could ever say. It changed me. It changed us.”
“I can’t imagine our lives without volunteering at the Mission,” said Shelley. “Regardless of whether you’re serving a meal, chopping vegetables, crocheting hats, working a sound board, teaching a class, mentoring a homeless student–there is something for you to do at the Mission. It’s a place where anyone and everyone can get involved. You can use your talent or skill to help someone in need of hope. It’s so easy to love on people. All you need is a little time and a heart to help.You won’t regret it. I promise.”

“The Mission grew me into the man I am today. It was my daycare. It was […]