Homeless for the First Time

At 68, Jerry had never been without a home—until December 15, 2014—the day he walked through the doors of Nashville Rescue Mission.

“I’ve never not had a place to live,” said Jerry. “But I put myself in a bad situation. After retiring at 63 and collecting social security, I soon discovered it wasn’t enough for me to live on. So I moved in with friends. I helped with the bills and watched their kids while they worked. Turns out they weren’t paying the bills. So when they were evicted, so was I.” With nowhere else to go, Jerry went to Nashville Rescue Mission.

Originally from Galveston, Texas, Jerry grew up in a traditional home. “My parents were great. We went to church every Sunday. I had wonderful brothers and sisters. In 1964, I graduated high school and joined the Navy.” After serving active duty in the Vietnam War, Jerry left the Navy and several years later he joined the Marine Corp, where he proudly served the United States of America until 1982.

“I started drinking and using drugs during Vietnam,” said Jerry. “My drug use stopped after I left the service. I never was a heavy user. I popped some pills and smoked some weed, no intravenous stuff. Thankfully, I gave all that up when I left the service..”

After the military, Jerry spent the next half of his career working in the auto parts industry. “I managed several auto parts stores before coming to Tennessee in the late 1990s with a girlfriend. Shortly after that, I moved to Nashville.” During that time, Jerry’s struggle with drinking was intermittent.

“I don’t like to use the word, but I was an alcoholic,” Jerry said. “One day I just stopped drinking, but I needed a place to get away from the alcohol. That’s when I went to a halfway house. In fact, after I retired, I even spent time managing two different halfway houses.”

Looking back, Jerry sees God’s hand all over his life, especially in this situation. “I had prayed for the last 15 years about my drinking. I had given up on my faith in the Lord. But one day, He set me free from the desire to drink. I realized God can help you when nobody else can. You could go through all the programs in the world, but you’ve got to have God’s help.”

Despite growing up in a church, Jerry turned away from his beliefs over the years. “You can’t have faith unless you participate in it,” said Jerry. “I didn’t participate. I was drinking and doing whatever I wanted. While living in the halfway houses, I participated in AA, but it never clicked with me. I didn’t like the idea of doing what AA’s Big Book told me to do. Now I know why. That book isn’t my authority. The Bible is.”

“My faith was renewed the day I walked through the doors of Nashville Rescue Mission,” declared Jerry. “I didn’t want to come to the Mission. But I’m so glad I did. It changed my life. I was hopeless. But soon discovered that hope really does live here. It’s not in the building, but in the people. I met two of the most amazing people at the Mission—Ken Engle, a chaplain, and Bob Snodgrass, a case manager. They’re both reverends and I was drawn to them. They opened my eyes to the hope I found.” 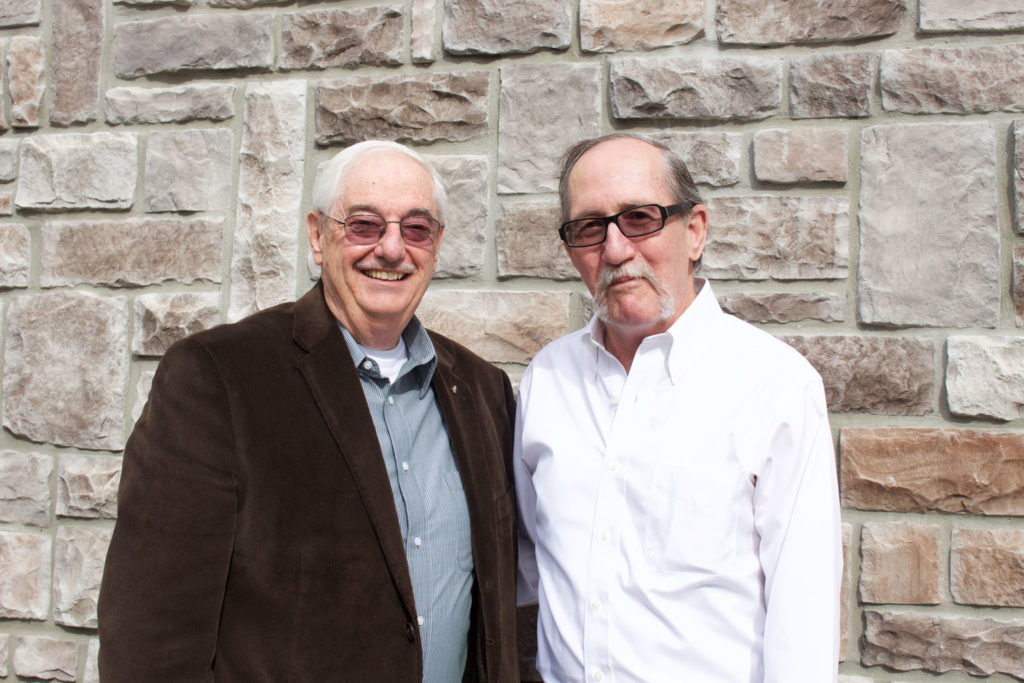 After a few weeks of living at the Mission, Jerry decided to participate in the Guest Volunteer Program (GVP) where guests earn special privileges such as sleeping in the same bed every night, access to laundry services, and first in line for meals. In return, they volunteer to help with chores around the Mission.

“I enjoyed being a part of GVP,” said Jerry. “The Mission gave me a bed and three hot meals a day. It might not be what you want, but a lot of people have a lot less. In exchange, I helped out around the Mission. It made me feel like I wasn’t taking a hand out. Instead, I was giving back.”

Two months after coming to the Mission, Jerry started attending Trevecca Community Church. In April, he decided to make it his home church. A few months later, Jerry got hired to work in Guest Services at the Mission. He transitioned into the Pathways program which allowed him to work, save money, and make plans for permanent housing. A couple of months later, Jerry got approved for an apartment within walking distance of his church and a couple of miles from work. He moved into his new place in September and officially joined the church in November.

“Just when I thought things couldn’t get much better, God surprised me,” said Jerry. “In October, I received a message that my youngest daughter, Wendy, had contacted the Mission and wanted to talk to me. She’s in the Navy and based in San Diego. I haven’t spoken to her in over ten years. I’m still not exactly sure how she and my son located me, but I’m so glad they did. It was so good to talk to her.”

“I had lost contact with my children due to my days of drinking and doing drug. Yet God in His divine plan made a way for reconciliation to start taking place. On October 18th, my 69th birthday, my phone rang. I had no idea who was on the other end of the phone, until she said, ‘Dad, this is your daughter, Leslie Ann.’ It was also her birthday. She turned 51. I had not spoken to my oldest daughter since she was 16 years old. Now we talk all the time.”

“I’m 69 years old,” said Jerry. “Never in my wildest dreams did I ever imagine after all these years, so many amazing things would happen to me. I am blessed. I’m reminded that it’s never too late to make a brand new start. Thanks to Nashville Rescue Mission my life is better than I ever imagined.”

We recently received an email from a folk/pop singer songwriter from Brazil, living in Los Angeles. […]