“Although I grew up going to church, I didn’t know God,” said Brandy. “Nashville Rescue Mission’s Life Recovery Program showed me how to tell the truth from a lie. It was at the Mission where my journey of living in His will and healing from my past began.”
Raised on a dairy farm in New York, Brandy’s childhood was traumatic. “I didn’t talk until I was five,” said Brandy. “I grew up in a family of alcoholics where feuding was common. When I was in first grade, my parents packed us up in the middle of the night and moved us to Ohio. I was the oldest of four kids, and my mom was pregnant with a 5th. We left everyone and everything I’d ever known behind—and it was never discussed again.”
Brandy struggled in the midst of the mixed messages she received. “My mom babysat to bring in extra money,” recalls Brandy. “She verbally abused the kids, just like she did us, but then would turn around and teach Sunday school. It was confusing to me. But, I’m thankful we went to church, because that’s where God put pastoral people in my life who loved me. Otherwise, I’m not sure I would have ever believed in God.”
Brandy was 18 when she married Michael—AND when she started drinking. “After being around alcohol as a kid, I’d never wanted to drink. But I started hanging out with friends after work at a local bar. I was having so much fun, when the owner asked if I’d work at the bar, I said yes. Our daughter Julia came along a couple of years later and life got more complicated. Before I knew it, my drinking had escalated to the point I was out of control.”
Much like how her family packed up and left when she was a child, Brandy left her husband and daughter—for a man she met while working at the bar. After suffering a number of devastating losses, including that relationship, Brandy lost herself in her addiction. “If I wasn’t drinking, I was puking, or passing out.”
Things continued to deteriorate as Brandy found a new love—cocaine. She spent the next four years self-destructing. “I wanted the madness to end,” recalled Brandy. “I knew this wasn’t who I was. But I couldn’t stop. Rock bottom came the night I hit someone or something with my car. I was so messed up, I had no idea who or what I hit. The thought that I might have killed someone and could spend the rest of my life in prison was sobering. I’m thankful I didn’t hit anyone, and grateful that it put me on a path to a Christian halfway house.”
“God used Paul and Karon Rose to change the course of my life,” said Brandy. “I stayed five months at a halfway house where they worked in Indiana. When I relapsed, they loved me enough to tell me about Nashville Rescue Mission’s Life Recovery Program and to drive me to Nashville so I could get away from the environment I was in and relearn how to live.”
Brandy vividly recalls the day things changed for her while at the Mission. “I was sitting in the chapel when a pastor preached on John 5. I didn’t want to be there. But when he asked if any of us wanted to be whole, it was as though God himself was asking me if I wanted to be well. I was ready to get whole. My answer was unequivocally yes!” 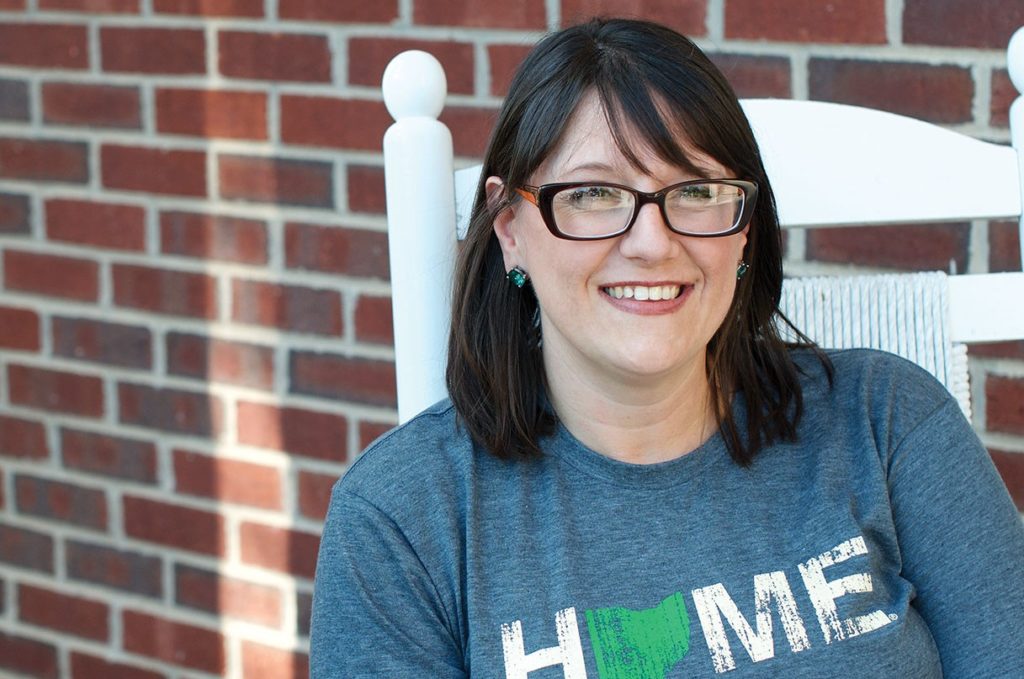 She spent the next seven months learning everything she could about how to live a godly life. “I didn’t know God. The staff and volunteers at Nashville Rescue Mission…they served me. They were the mouth, the hands, and the feet of Christ to me. They showed me God.”
It was at Nashville Rescue Mission where Brandy’s journey of healing began. She graduated from the Mission’s Life Recovery Program in March 2009 and over the last six years; she’s continued to seek God. “God gave me a heart for the widows and the orphans,” said Brandy. “I enjoy studying the word of God and want to serve Him.” This decision led Brandy to serve those in need in the Philippines and Brazil on short-term mission trips. She’s worked as a nurse’s aid to the elderly and a housemother at the same Christian halfway house where she first sought help.
“I had the privilege of reading the 23rd Psalm to a dying man in his final days, as well as help a blind woman use a fork,” said Brandy. “God is allowing me to be His hands and feet to those who need hope. The rewards are priceless—in fact, they’re eternal.”
Today, Brandy is pursuing a Bachelor’s Degree in Psychology with an emphasis on Addictions and Recovery at Liberty University. “I don’t know God’s plan,” said Brandy, “but I know there is no better place to be than in His will. Today, I want to be obedient because I love Him.” For the first time in her entire life, Brandy is living on her own and her daughter Julia recently came to live with her.
“I’m so extremely blessed,” said Brandy. “God has restored so much in my life. But I’m still healing. Every day, God is working on me and my character defects.”
“At the Mission, I learned a new way to live, and when I left, I took that home with me. God has blessed me with an incredible life. My 14-year-old daughter gets up at 5:00 a.m. each morning to spend time with the Lord. She’s seen a real God work a real miracle. There is no greater joy. I’m so grateful.”

From Tragedy to Triumph

“I have two children and have never once held them while sober. Today, I am a […]

We want to take this opportunity to recognize and thank the Nashville Predators Foundation. In addition […]