A Different Kind of Stage 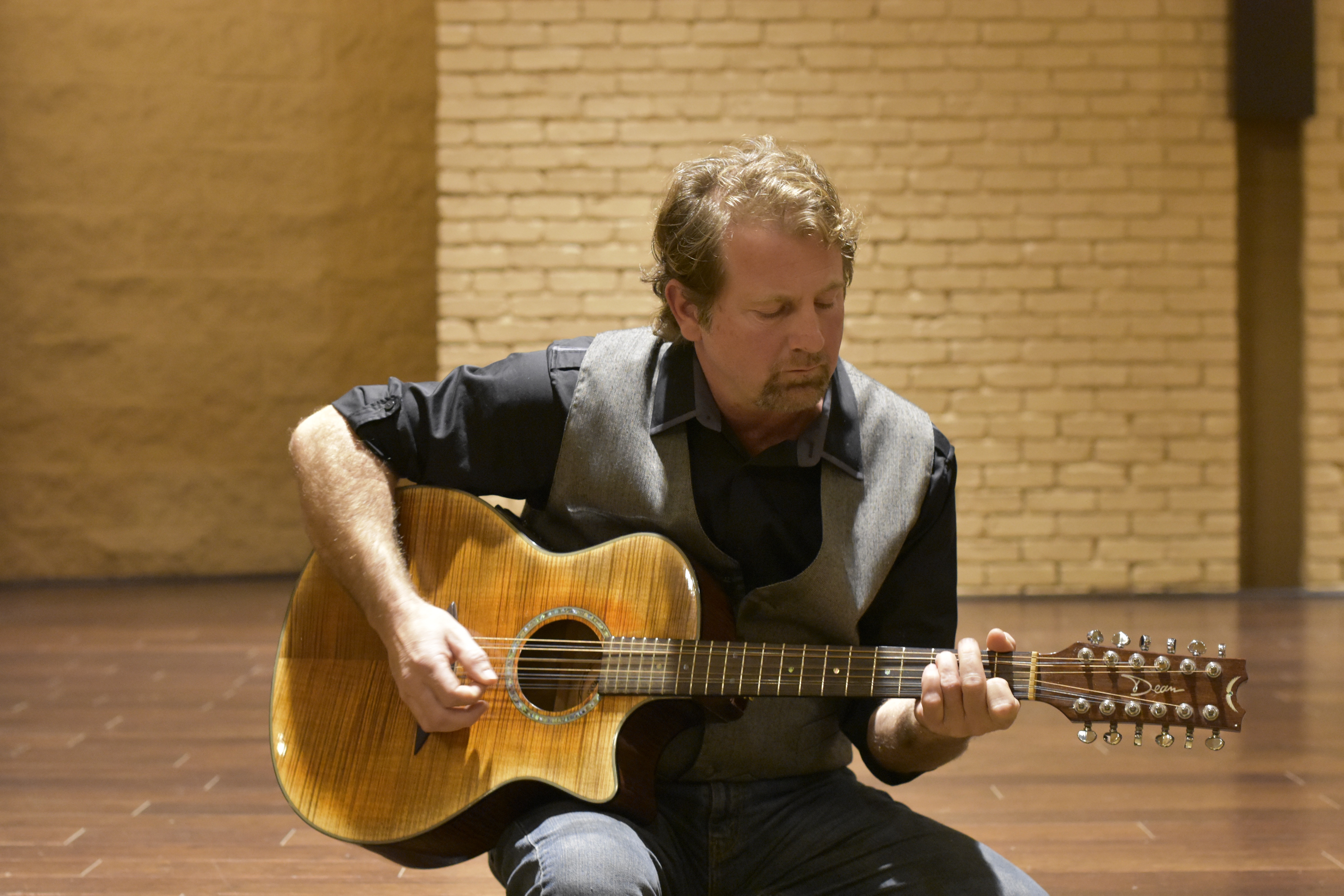 “I have a friend who once was homeless and stayed at Nashville Rescue Mission for almost a year. That’s how I first heard about this place.”
Today, Jason Minton is sitting in the Mission’s lobby, his guitar in its case on the floor next to him. “That was eight years ago! That’s how long I’ve been playing here.”
Growing up in Franklin and Nashville, Jason was surrounded by the music industry. He learned to sing, play the guitar, and write songs. He had a feeling he’d be playing on a stage one day—he didn’t realize it’d be on the one at Nashville Rescue Mission.
“My heart wanted to do something with the talent God has given me. I wanted to use it to serve others, so
I reached out to nursing homes, rehabs, and other nonprofits. When a staff member from the Mission called me back, he told me to come down the following Friday and sing during chapel. I’ve been performing at the Mission once or twice a month ever since.”
Today, Jason visits both the Men’s and Women’s Campuses each month. As hundreds of homeless and hurting individuals file in for chapel, he tunes his guitar and takes his place in front of the crowd. Jason uses his platform to minister through music, often playing songs the men or women requested he learn the month before. “They like to be able to sing along, so I’ll go and learn their favorite songs.” Jason also takes time to encourage the men and women in the audience.
“Each night, there’s a line of men who want to talk with me after chapel. We talk about what they’re going through, share a high five or a hug, and I try to encourage them as much as possible. This is crazy, but maybe four or five times a person has shared with me that they were planning to end their life that night. However, after hearing a song or an encouraging word during chapel, they will be here for another day. That’s what we all need, just one more day. Each day is another chance. I’m honored to be a vessel that Christ uses to serve at Nashville Rescue Mission.”
One of Jason’s favorite songs to sing during chapel service is called, “Running.” It’s about the struggles he’s been through, understanding that not a single person is perfect. He reminds the men and women of this. No matter where they are in life, Jesus will always provide the strength to get back up and finish the race.
“It’s not about me,” Jason shares. “It’s about using my skills to pour life into others. Anyone can do that—use their talents for good.”

Do you want to help those in need by using your skills and God-given gifts?  Find out how!

Four years ago, Lexi and her family volunteered to serve Thanksgiving dinner after hearing about Nashville […]

Stepping Up to the Plate

Dale Burdick always wanted to be a baseball star. He grew up in sunny Florida and […]