“I was seven years old when my little sister died. Life from that point on was never the same.”

Amy grew up in a small town, where she attended a private Christian school. Her family attended church, and while Christmas in their home was filled with holiday carols, the focus was never on gifts. “Christmas was about Jesus,” said Amy.

By all outward appearances, life seemed normal. But her younger sister was battling cancer and the trips to the hospital consumed most of her mom’s time. This was all Amy had ever known. Her sister was only five when she lost the fight. Less than a year later, Amy’s parents divorced.

“Life was hard,” she admits. “On top of all of that, I was picked on for wearing hearing aids.” A genetic hearing impairment had left Amy with 25 percent hearing loss in both ears. She fell prey to depression and by the age of 16, had attempted suicide. “I didn’t know how to deal with my emotions.”

Because her high school years were filled with turmoil, Amy decided to get her GED. This was followed by a job at a local gas station, where Amy’s supervisor first introduced her to prescription drugs. “I had no idea what I was getting myself into,” said Amy. “I had never used drugs or alcohol.” She continued to use pills while working at the gas station, but three years later, when she quit that job, she quit the pills, too.

It was only her second time in a bar when Amy met and started dating her boyfriend. She had no idea he was an alcoholic. Eventually, his struggle came to light, and in the process, he bribed Amy with pills so she would ignore his drinking. This worked for a while. But when she got pregnant, she put the pills down once again.

“After our son was born, I experienced postpartum depression,” said Amy. “My boyfriend didn’t like me taking pills, but for some reason, he was okay with me drinking. He would bring home bottles of vodka and offered that to me instead of pills. I drank all the time. I knew I needed help, but I wasn’t sure how to get it. I went to detox twice and once to rehab. But staying sober never lasted.”

Despite her addiction to alcohol, she and her boyfriend made plans to have another child.

“Once I knew I was pregnant, I wanted to quit drinking,” said Amy. “I tried to detox myself. For four days I was throwing up, had the shakes, and even blacked out. I finally called 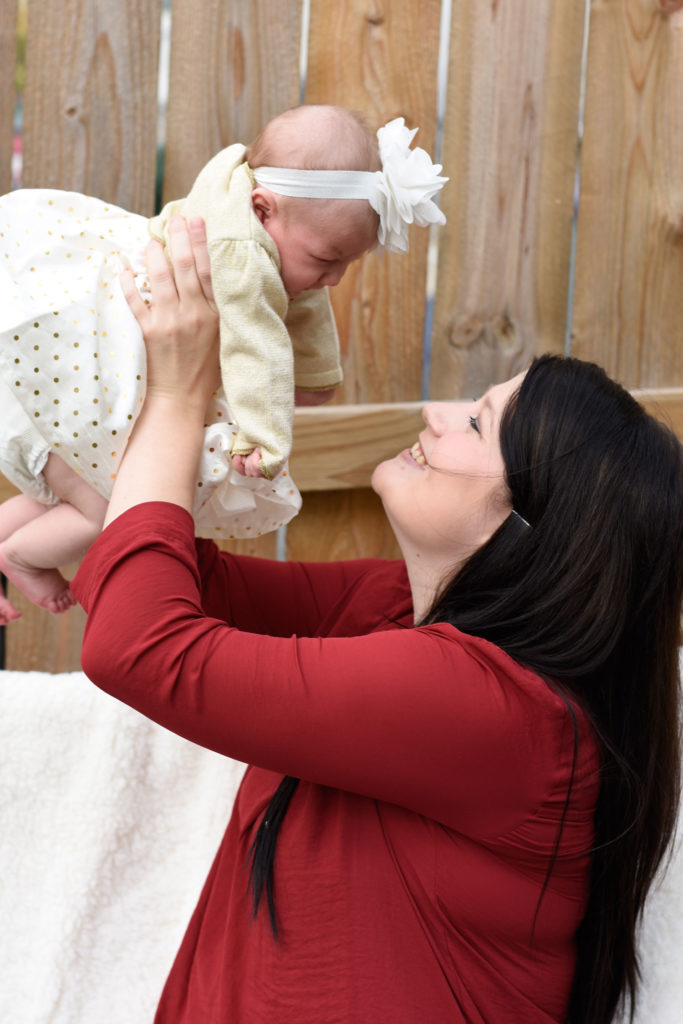 my mom, who took me to the hospital. Once the ER staff learned of my condition, they made us leave. Even telling my mom to stop and get me a beer on the way home.”

“Last year, there was no Christmas for me or my son,” said Amy. “I was hungover and spent the day after Christmas drinking. The next day, I broke down and asked my family for help. That’s when we started looking for long-term treatment options.

Amy went to a two-week detox program, then she was ready. “I called so many places, but once I told them I was pregnant, they turned me down. I was ready to give up when I stumbled across Nashville Rescue Mission’s Life Recovery Program. I will never forget that feeling of relief when the person on the other end of the phone said, ‘Yes, please come, we’d love to help you.’ It gave me hope.”

Amy’s sister agreed to take care of her son while she got the help she so desperately needed. And braving an ice storm, Amy and her brother drove to Nashville where she entered the Mission’s Life Recovery Program.

“Shortly after arriving at the Mission, I went to see a specialist. I learned I was having a girl. But sitting in that room alone, in an unfamiliar town, as the doctor continued to tell me all that was wrong with my daughter—the weight of what I had done was too much. I was terrified. I didn’t know what God’s plans were, but I knew what I deserved.”

Back at the Mission, Amy confided in the staff, expecting to be condemned. But they didn’t condemn her. And at times Amy wanted them to. “Did they not see what I had chosen to do to an innocent child? Instead they stood beside me and we started a journey together.”

Amy’s baby grew a little bigger and stronger. And when her daughter took her first breath of life, Amy was overwhelmed with love. “I know I don’t deserve any of this. Yet, God has chosen me to receive this gift of life. He knows what I’ve done to my son and what I did to my daughter, and He still loved me enough to bless me with a miracle.”

“I came to the Mission knowing everything love wasn’t. Love wasn’t neglecting to bathe for weeks at a time. It wasn’t neglecting to wash your child, or drinking two liters of vodka a day. It wasn’t drinking even though you carry the gift of life inside of you, or gathering your two-year-old and all his toys and going in the room with the door closed just in case mommy dies during detox. I know these things because this is who I was when I arrived at the Mission.”

Today, Amy has graduated from the Mission’s Program and is living in transitional housing. She intends to stay in Nashville, surrounded by who she now considers family. “My kids are going to grow up with lots of aunts,” shared Amy. “I’m looking forward to Christmas this year. It’s not about the presents—it’s about celebrating new life.”

“I know we have a long road ahead of us. But I can’t wait to tell my daughter about God, and what He and Nashville Rescue Mission have given us. Coming to the Mission saved her life, and mine.” 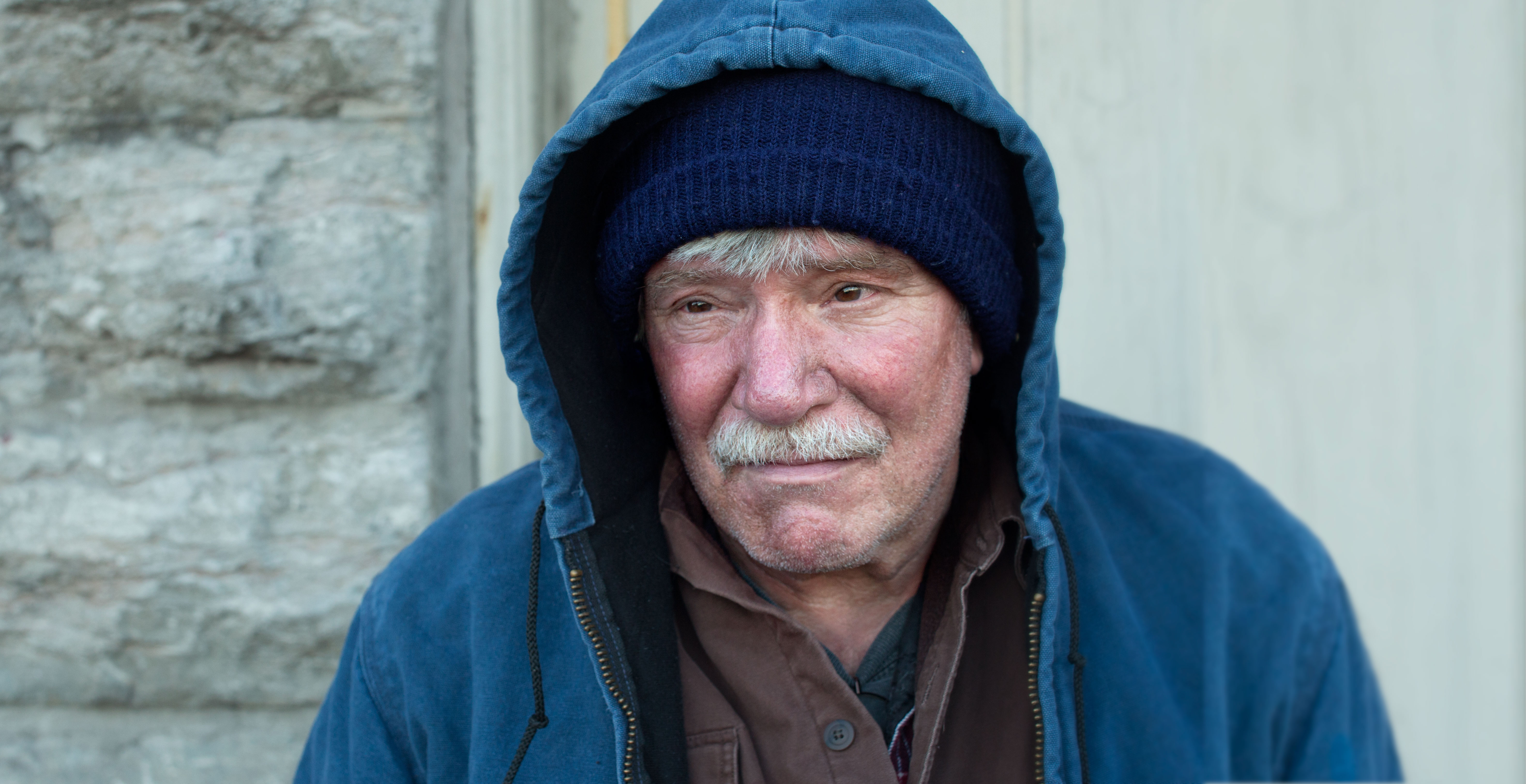 We’d like to introduce you to Martin, the man behind Nashville Rescue Mission’s latest TV commercial. […]

We recently received an email from a folk/pop singer songwriter from Brazil, living in Los Angeles. […]