Homeless: How Does It Happen?

Imagine for a moment you have no family and only a few close friends. You have a job, but you’re living paycheck to paycheck. One day, your employer says he’s sorry, but he’s going to have to let you go. You start your job search, but in the meantime, you don’t have enough money to pay your rent. Eventually, you’re evicted.

There’s no family to help you. What few friends you have are unwilling to offer you their couch. You could sleep outside, but it’s not safe. It’s also the middle of summer … when the heat can be brutal and deadly.

If you’re David, and others like him, you go to Nashville Rescue Mission, where you receive respite from the heat, cold water to drink, safe shelter, a nutritious meal, a hot shower, and clean clothes … and hope … hope that things can be better.

“My dad passed away and left me with a large sum of money,” said David. “My wife and I had separated and I was careless with the money I inherited. In the midst of that situation I developed a horrible case of tinnitus and was no longer able to work. Over the course of a couple of years, both my mom and stepfather died. My wife and I eventually reconciled, but she was bipolar and died from a drug overdose.”

So many painful losses in such a short period of time was too much for David to bear. Having struggled with drinking for a number of years, he turned to the bottle. And with no money and no one else to turn to David became homeless.

David spent time living on the streets in Florida, often resorting to eating food he got out of a dumpster. “I used to know what time Burger King and some of the other restaurants would throw out what they had not served for breakfast. I would watch and wait. Desperate times call for desperate measures. But that’s no way to live.”

“I never thought about retirement,” said David. “I had a house and two cars. I always ate well and had clean clothes. Heck, I even donated the things I no longer used or needed to the homeless. I never thought one day that would be me.”

Eventually, David’s daughter, who lives in Nashville, encouraged him to move and stay at Nashville Rescue Mission. “Moving in with her wasn’t an option,” said David. “She loves me, but she’s got her own family to take care of and provide for. She stops by to check on me, brings me things now and then, and visits when she can.”

“Most nights I stay at the Mission. Honestly, I’m scared to sleep outside,” shared David. “Although I’ve had to do it a time or two. One night I did end up sleeping behind a dumpster. During the night, someone set it on fire. Thankfully, a bystander saw me and woke me up. Otherwise, I might have 3rd degree burns, or worse … I could be dead.”

It’s been 18 years since David has had a drop of liquor. He’s given his life to the Lord and says that in acknowledging God, accepting Him, and surrendering his life to Him, he’s found freedom. His Bible … always in his pocket … gives him comfort.

In January 2018, David can file for social security benefits. But until then, he has no income, and he is unable to work to support himself. “I’m grateful for the Mission,” said David. “I don’t know where I would go if I didn’t stay here. It’s not a resort, but if it were, no one would ever want to leave. Me? I’m anxious to find an apartment and live my life in peace. I’m just waiting for January to get here. In the meantime, I have a roof over my head, I eat three meals a day, I have access to clean clothes, and a hot shower. My needs are being taken care of and for that I’m thankful.”

Without you, David would have nowhere to go. It’s through your generous gifts that Nashville Rescue Mission exists to provide help and hope to David and others like him. Thank you for your faithful generosity.

If you would like to provide hope for those in need like David and others here at the Mission, visit: nashvillerescuemission.org. 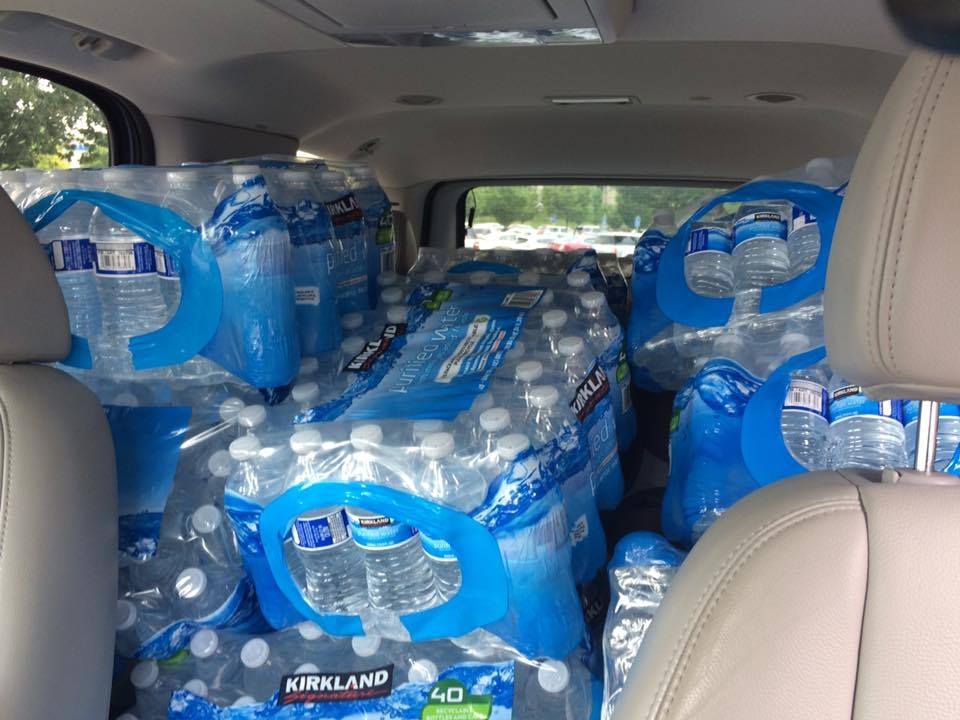 In June, we received massive support for our water drive. After putting a press release out […]