“God Has a Plan and Purpose for My Life!”—Tony

In despair, Tony found himself reaching out to Nashville Rescue Mission for the help and hope he needed to mend his life. Without friends like you who make this work possible, “I’d probably be dead or in prison,” he says. But instead, Tony has a new life in Christ!

Tony never thought he’d end up hungry—and definitely not homeless. He also never considered how the hurt he suddenly experienced could cost him everything, leaving him alone on the street.

But when he started losing the people he counted on most, “I didn’t even know who I was,” he admits, remembering nothing about that time but true heartbreak from the passing of both of his parents.

Then, like so many others unable to cope with loss, “I ended up drinking,” Tony sighs. “Drinking led me to drugging. As I was doing that, I ended up losing my job. Then I lost my apartment . . .”

“I found myself in a bad place: a place I never wanted to be, and that was homeless.”

Tony’s growing dependence on alcohol and drugs to dull the pain nearly killed him. “I’m an insulin dependent diabetic, so I was almost falling into a sugar coma as I started trying to put that stuff in my system.” he says, knowing that it’s only by God’s grace he’s with us today.

“Living in that state, it was like I was dead: sleeping on the sidewalk. Eating out of garbage cans. Looking for jobs? Nothing.” Tony felt forgotten, unloved, helpless, unable to stop his downward spiral, and nearly hopeless that he’d survive . . .

“Yet, though I was out of my mind, doing what I was doing, I still knew how to pray,” he says. “I asked God to please take this addiction away from me—and He did just that!” Tony marvels.

“I didn’t have a clue about who I could go to for help, but this guy I was with—telling me how I needed to get off this stuff—told me about the Mission. I called, and sure and behold, they had room for me.”

“That’s why I thank God for Nashville Rescue Mission because without Him, I wouldn’t be here.”

Once in our care, Tony was drawn to our landmark Life Recovery Program where he not only discovered the hope in Christ he craved, but the long-term counseling, tools, and training to build a new life in the Lord.

“I have my mind on God, on getting my life together. I pray constantly—every day!” he smiles. “I also read my Bible every day. I go to church every chance I get.

“I don’t ever want to come out of this the same way I went in. That’s why I have Him: this is a personal relationship—because only God knows what I’ve been through.”

Tony is also confident the changes he’s experiencing will stay with him for the rest of his life.

In fact, today he’s proudly “giving back to the community,” he says, starting as a cook here, but now on staff as the Mission’s assistant kitchen manager. And his best years are still ahead of him: “I’m a young man—51,” he says, “I love the work I do. I love feeding the people!”

“I thank God for giving me strength each and every day, keeping me working at Nashville Rescue Mission.”

If for no other reason, Tony says, “This allows me to understand what God has brought me from. The same life these guys are living, I was once living. So I thank God for giving me strength.” 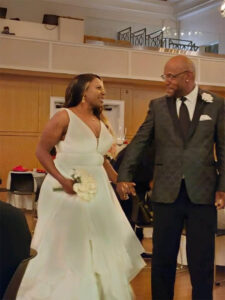 He’s also no longer alone: in addition to this new family of friends Tony has gained like you, he’s recently married “a mighty woman of God!” he says proudly, remembering how when she met him, “She teared up and said, ‘you’ll never go back to being that person again.’

“And I haven’t!” Tony says, brushing away a tear of his own. “God has a plan and purpose for my life!”

That’s because there is new life found here in Christ Jesus, and there are lives being saved and changed with God’s hand on your support—now and throughout the new year ahead. Thank you!

“I’m so thankful for HOPE” this Christmas!

Star remembers despair so deep there were times she felt like she couldn’t go on—hungry, homeless, […]

J Jessica and her husband, Gabe, found themselves without a hope in the world, and it […]