From Rejection to Hope

“My insecurities began early in my childhood when I would spend summers at a relative’s house. Between the ‘fun’ times of riding my bike, were the ‘not fun times.’ Those times when no one was around and I was forced to do things I didn’t want to do.”
Hopelessness. In just one word, Jill sums up her childhood. She didn’t tell anyone about the abuse until she was 10. But by then, the damage was done. “The lies and negative thought patterns saturated my mind,” says Jill. “My moods cycled from severe depression to bouts of extreme anger and rage. Instead of getting the healing in my heart where I needed it most, I was diagnosed as bipolar due to post-traumatic stress.”
Looking back, Jill sees that while medical advice might have been helpful, her greater need was for a Savior. “I needed to be shown healthy ways of coping with my anger. I needed to know how to safely express the hurt, abandonment, and rejection I felt deep inside.”
Left to her own devices, Jill spent the next several years trying to run away from the emotional pain. This played out through physical attempts to run away, using drugs and drinking. “I was constantly seeking whatever I could to fill this void in my heart and escape the reality of who I thought I was.”
In the fall of 1999, Jill’s life took a dramatic turn for the worse. What began with her sneaking out of her bedroom window for a night of fun became a night she wishes she could forget. She was brutally raped and beaten for hours. It was only when her captor went to the bathroom that she managed to escape. Making her way to a pay phone, she called for help and an ambulance picked her up and took her to the hospital.
“After the rape, I lost all hope,” shares Jill. “Any dignity I had left at that point was completely destroyed. I lost all self-respect and turned to crack cocaine. I spent the next several years homeless, stealing, lying, and manipulating everyone who crossed my path. I had absolutely no desire to live. I was hospitalized many times for drug overdoses and unsuccessful suicide attempts.”
“But God! He had another plan in mind for me.” Just a few weeks after turning 25, Jill surrendered her life to Jesus. “God led me to Nashville Rescue Mission. There I found hope in a safe place to sleep at night. For the first time ever, I was able to recognize and experience the unconditional love and forgiveness of God.”
As Jill experienced a highly structured Christian-based life recovery program, her life began to change. She began to change from the inside out. “Between Bible studies, parenting classes, intense counseling, work therapy, and nightly church services, I didn’t have much free time,” Jill recalls. “But these things helped lay a solid foundation for me that is so critical for a new believer.”
Over the next several months, Jill’s life was shaped and healed through the teachers who led her classes and the volunteers who worked alongside her preparing breakfast for other guests staying at the Mission. “They truly were the hands and feet of Jesus to me,” says Jill. “I will never forget just how special Christmas was that year. My daughter Allie was just 5 years old. How could she understand why mommy wasn’t there Christmas morning? But God! He made a way for me to visit my daughter. And I was showered with gifts, not just for me, but for Allie too. It was such a huge blessing. I will never forget that outpouring of love and generosity that I had never experienced before from complete strangers.”
After being a waitress for 10 years, Jill didn’t have high expectations for a great job following her graduation from the Mission’s recovery program. “But God!” says Jill. “While at Nashville Rescue Mission, I took computer classes. Those classes opened the door for me to not only get a job—but a great job that led me to a career in accounting. I hate to think what would have happened had I not put that on my resume. I went into the interview looking for a position as a nursing assistant and came out as a payroll specialist.”
“I am reminded of that horrific night in 1999, every day when I look in the mirror and see the scar under my right eye,” Jill says. “But today, I see that situation through a different light as I remember in Matthew 5 where it says, ‘Love your enemies and pray for those who persecute you.’ I can honestly say God has shown me how to forgive… not just those in my past who have caused me harm, but even myself. His unwavering faithfulness has shown me time and time again, I can trust Him with everything.”
Today, Jill is enjoying the plan God has for her life. Her daughter Allie recently turned 12. She has a great job that she loves. She’s making plans to get into ministry work. “While at Nashville Rescue Mission, I met the Lord. I trust Him today with my life and my future.  He’s taking care of me. Time with my daughter is precious. I’ve learned not to take a single day of my life for granted. He’s performed miracles in my life and truly is the source of my hope.”
We couldn’t provide a safe place for Jill to seek God’s grace and transformation without YOUR help. Will you make it possible for us to help other women who are in a similar situation? Your financial assistance changes lives, because hope lives here. 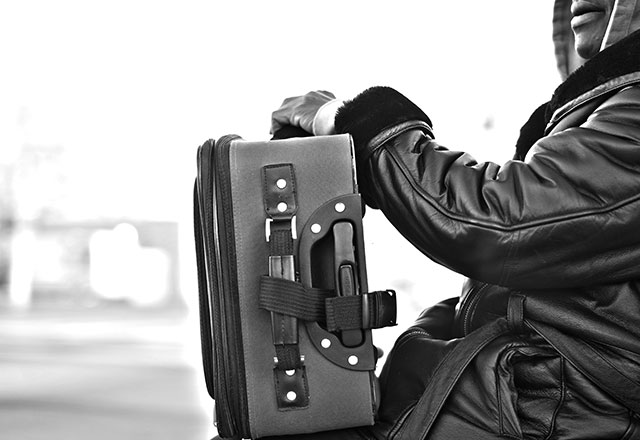 It’s a cold, dreary day in January. Lisa* can’t sleep and is wide-awake, staring at the […]

Called Out of the Darkness

Ryan had a great childhood. His parents dearly loved him. He played little league baseball and […]