Because of you, Deborah’s life was radically transformed

Deborah grew up in a nice neighborhood, in Detroit, where her dad worked at Chrysler, and her mom was a cashier at a grocery store. “We ate dinner together every night,” recalled Deborah. “We went bowling, rode bikes, all the typical stuff.”

Deborah planned to attend Howard University. But her mom insisted she go to UT Martin, near her grandmother in Tennessee, where she majored in psychology.

“I struggled in college,” shared Deborah. “After graduation, I had a difficult time finding a job. It was disappointing to work so hard for this piece of paper and then not be able to find a job. Looking back, I was naive about the world.”

Soon after, Deborah moved to California to live with her sister. But still struggled—and continued to smoke marijuana and abuse alcohol, and eventually, crack cocaine.

“I realize now I was using drugs to deal with my disappointment,” shared Deborah. “I eventually moved back home, where my dad helped me get a job. But I couldn’t keep that job either.”

Over the years, Deborah’s spiral continued. She continued to lose jobs, cars, and even relationships—relinquishing custody of her two children to her parents since she was unable to care for them.

“I thank God for my parents,” said Deborah. “They adopted my kids and made a way for them because I wasn’t doing it. I was too selfish. I thank God my kids never ended up in the foster care system.”

Deborah tried numerous rehabs over the years, but nothing helped. Instead, she bounced from job to job, moving from place to place. At one point, Deborah resorted to living in her car.

“I had a friend tell me, ‘I’ve got a black dress, you know…’ implying, I was going to kill myself if I didn’t change, and she’d be wearing that dress to my funeral,” shared Deborah. “I never forgot that.”

Deborah was living in a boarding house and working a temporary job when COVID hit. She lost her job and spent the next eight months getting high. She was on the verge of being evicted when she decided to call Nashville Rescue Mission.

“For the longest time, I tried to fill this void in my life with drugs, alcohol, and sex. Now, I fill that void with God, and He gives me all the rush I need.”

“I knew about the Mission because of my brother,” shared Deborah. “He was in their program back in 2008. When things got rough for me, my sister reminded me of this and encouraged me to contact them.”

When Deborah called to tell her family she was going to the Mission to get the help she so desperately needed, they were thrilled.

“I have a great support system,” shared Deborah. “They helped me pack and move out of the apartment. It felt so good to throw things away, especially all the drug paraphernalia, and start on a new journey.”

“Coming to the Mission is the best decision I’ve made in my life,” Deborah said with smile. “I’ve gotten better one day at a time. I thought I was having fun getting high, but I don’t miss it one bit. In fact, I don’t miss anything about it.”

While in the Mission’s program, Deborah attended classes on recovery, participated in Bible studies, and received one-on-one counseling—all focused on helping her become who God intended her to be. As a result, she learned who she is in Christ and made friends with a community of like-minded women who soon became some of her closest friends.

Now, Deborah is focused on being more like Christ every day. “I’ve invited Him into my life, and I’m letting Him have His way. He’s leading me, and I’ve never been so happy!” she exclaimed.

She’s started asking herself some hard questions, such as ‘What am I going to do with my sober self?’ ‘How can I give back?’ and ‘What makes me happy?’ And came up with an answer.

“That closer walk … that’s all I can focus on right now. I’m getting a closer walk with Jesus. For the longest time, I tried to fill this void in my life with drugs, alcohol, and sex. Now, I fill that void with God, and He gives me all the rush I need.”

It’s because of support from donors that Deborah’s life has been radically transformed. She has graduated from the Mission’s program and is well on her way to a brighter future. With your continued support, more women just like Deborah will get the help and hope they need to change their lives. Thank you for giving.

Hope on the Phone

When Paul first came to Nashville Rescue Mission, he had reached the end of his rope. […] 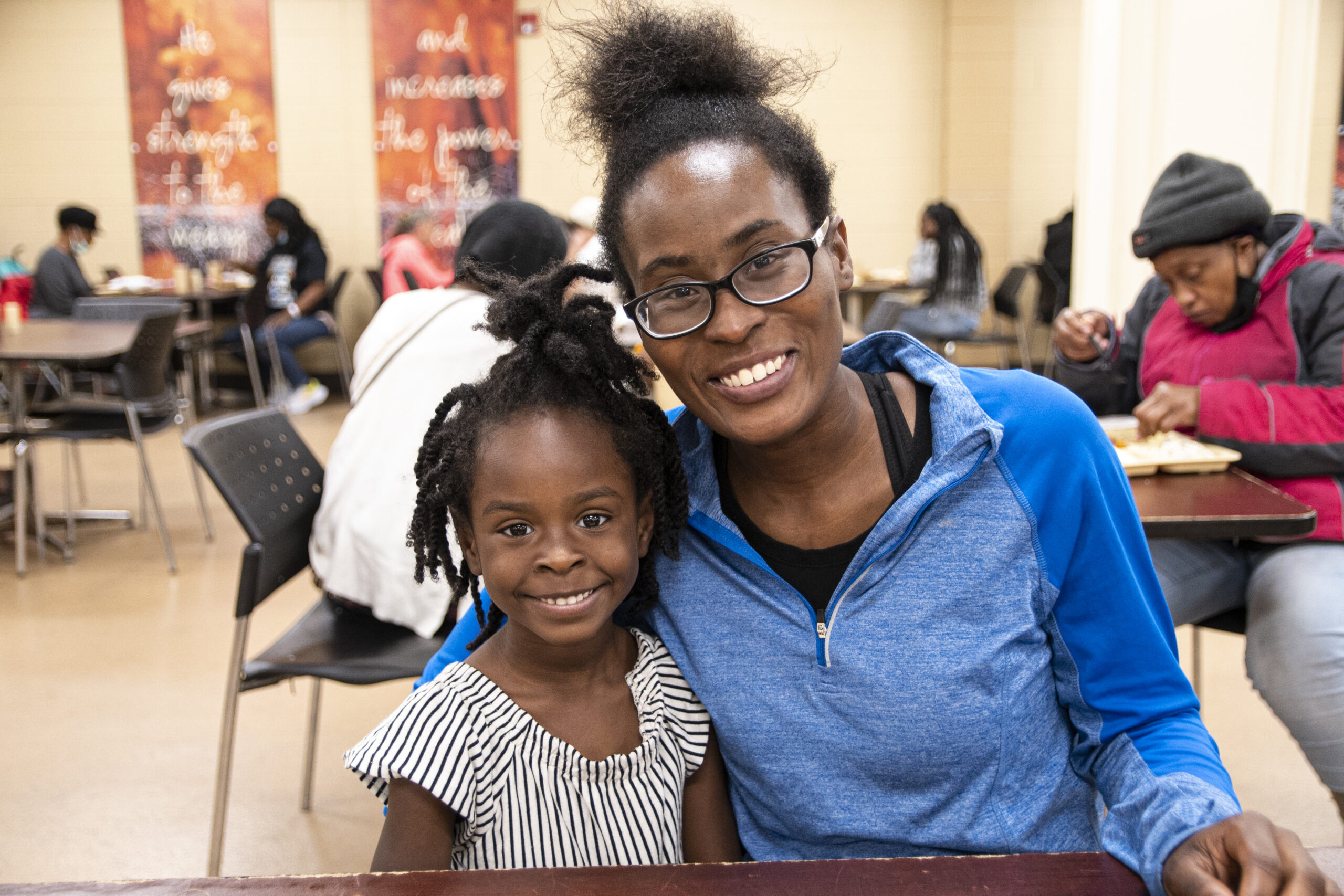 Yearning for Something More

When Kim’s* auntie dropped her off at Nashville Rescue Mission, she had no idea what to […]